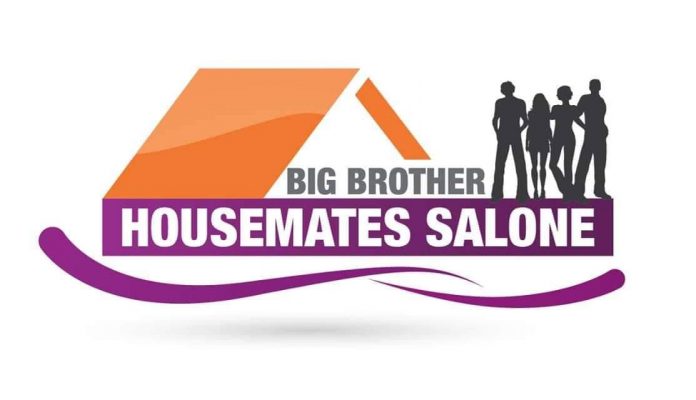 With the huge and electrifying momentum that the Big Brother Housemates Salone is ascending it has currently become the widely talked about event in the country and has indeed gone viral. Workers, school pupils, students, market women and traders are heatedly discussing it in different circles, even in Ataya Bases, with candour and varying views.
Although some have been arguing that Big Sister was more captivating and entertaining, however, thorough and sustained investigations cum research mounted in different parts of the country revealed that majority of individuals are really commending the organizers of the TV Reality Show, African Young Voices (AYV) and Africell for packaging and rolling out what they described as a very extra-ordinary and breath-taking entertainment show, Big Brother Housemates Salone, which is aired live on AYV Television Channel 34.The conclusion one could draw from the perceptions of the majority that were interviewed is that the ongoing show is BIG and INTERESTING to watch.
Presently, there are 22 Housemates in the House and these talented young female and male competitors are doggedly doing their best by displaying their talents in order to gain the support of viewers who have been offered the opportunity to vote via Africell Number 5500 to determine those Housemates that will reach the climax of the competition and the ultimate winner.

The competing Housemates are expected to display strong language, nudity and humour which must highly impress viewers to vote for them.
From what was learnt this 1st Season of the 2019 Housemates Salone TV Reality Show is becoming interesting and thrilling as the hopeful Housemates continue to delight viewers, displaying humour, ignorance laced by the funny ways of acting and behaving in the House.
It is also expected that the Housemates should endeavour not to be too rude or temperamental but rather comport themselves well even under provocative circumstances.

In a recent development, the organizers 10 contestants were evicted on the Prime Eviction Show past Sunday 24th February 2019 – Live on AYV TV at 8 PM. It was an emotional moment for those that were evicted evident in some of them shedding tears but the good thing is that they have gained exposure and parted with some cash at hand.
What is really at stake for the competitors is the star prizewhich is Le100, 000,000 but for each day a Housemate stays in the House he or she is entitled to bag Le100, 000.
The discussions within various circles around the country continue to gain momentum with the expression of divergent views about different aspects of the Reality Show.
“The Housemates 2019 Reality TV contest is very moving. Indeed, this country has young people who are really creative and well talented,” Foday Dabor a trader on Rawdon Street in Freetown commended furthering that the incorporation of disable competitors, one of them blind, is pointer to the fact that disability is not inability.

“The Reality Show depicts inclusiveness as the Housemates are not only drawn from residents in Freetown which is indeed in the best interest of national cohesion,” Aisha Turay, a young Banker intimated candidly adding that it has indeed put the country on the international spotlight which is very good within the context of rebranding its image.