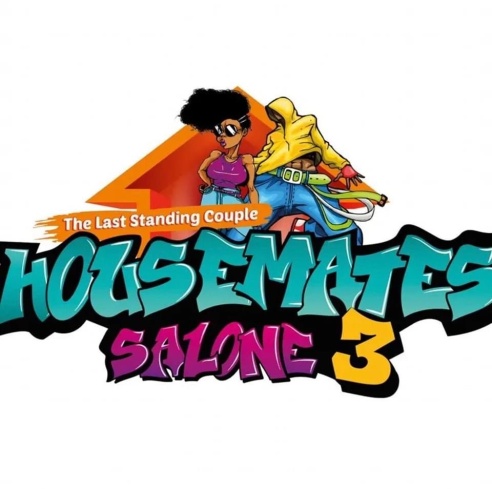 Season 3 of Housemates Salone with the slogan, “Di Game Get Yagba, If You Nor Able Na for Pull Hand”, put together by AYV Media Empire and Africell-Sierra Leone, will soon commence and aired on AYV Television, DStv Channel 399 and other Social Media platforms. At this point in time, it will be no gainsaying that the forthcoming Reality TV Show will form one of the biggest social events that many are yearning to watch on their screens which will invariably generate intense debates or arguments in various social circles.

The Reality TV Show is slated in such a way that twenty-two aspirants that have been qualified will be sent to a House for eleven (11) weeks, totally excluded from any form of contact with the outside world. While in the House they are expected to socially interact, performing tasks assigned to them in a competitive manner and display their God given talents in order to score points.

Though it may appear weird, the Housemates could appear sexy by the way they dress, sometimes they will talk harshly by using strong words and act humorously with a view to entertain viewers. Some may criticize on the grounds that displaying those qualities could be obscene or rude but the reality of the situation is that Reality TV Shows are expected to exhibit such. It could be said in other words that such shows are expected to depict real life situations when young people from different backgrounds are living together.

What in actual fact will make the Reality TV Show really tantalizing, funny and worthy to follow is the fact that the various Housemates will be coming from different backgrounds harbouring a vast array of talents. It will be a mix bag as the three days audition really revealed. What we saw during those three days that the audition took place were aspirants who displayed talents as singers, dancers, poets, actors, actresses etc.  It is the display of those various talents which will add juice and spice that will make Housemates Salone Season 3 a very interesting show.

As for now the task of getting the 22 aspirants that will successfully enter the House is going on through a public voting process. After the audition, based on the large number of individuals in and out of the country that showed interest to get onboard the show the organizers, through the assessment of the Judges, zeroed to sixty aspirants. Out of those 60 aspirants, AYV Media Empire and Africell-Sierra Leone are narrowing them to 22 through public voting.

For members of the public residing in the country they are voting by dialing:  *161*10# plus the NUMBER of their favourite contestants from an Africell line which is the approved link for voting until it closes.

The question that should be answered at this material time is what is really at stake for the Housemates.

The rationale behind organizing such a social event is geared towards Youth Empowerment. Besides socializing, the Housemates are provided the platform to learn useful skills like cooking, singing, how to eloquently express themselves, dress for different situations, learn how to cook, how to play different games, how to settle misunderstandings among a host of other things that they will be taken through.

During the show the talents of the Housemates will be spot on by viewers. There is the possibility that those talents could be recognized and could be developed through the help of others which will ultimately transform those having them to play important roles in society. Some will be contracted to become Brand Ambassadors of corporate institutions and others will champion projects geared towards impacting positively on the lives of young people.

Members of the public now have the ‘Yagba’ to critically assess and vote for their favourite aspirants so that at the end of the day we are assured of an entertaining and inspiring Reality TV Show, Housemates Salone Season 3.