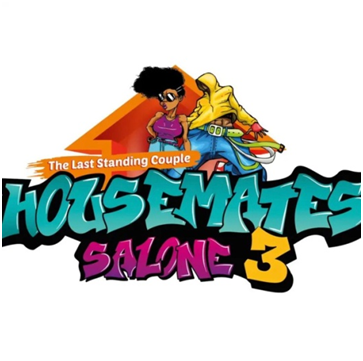 For the information of the wider public voting continues via Africell-SL for twenty-two applicants to enter the House for the Season 3 of Housemates Salone with the slogan, “Di Game Get Yagba, If You Nor Able Na for Pull Hand.”  The twenty two (22) to be voted is derived from sixty (60) applicants who were shortlisted after the three day audition that took place at the AYV Media Empire on Wesley Street in Freetown.

For now the sixty are battling through the airwaves and other platforms to be voted for in order to make it into the House for the Reality TV Show to competition to really commence on the 22nd May, 2022 in Freetown contrary to the previous date that was announced.

All the Housemates have their unique numbers, which members of the public should use to vote by sending them via SMS to: 5500 or Dial *5500#. For International voting an individual can call: +23299005500.

Added also is a new online voting platform and a brand new website for international voters across the world to vote using credit or debit cards by just visiting:  https://housematessl.com and/or visit: https://www.africell.sl.

It must be noted that what is at stake is a Star Prize of Two Hundred and Fifty Million Leones (Le 250M) plus a round trip to Dubai.

One of the sponsors of the Reality TV Show, Zarlux Car Rental, has revealed that a brand new car will be given to the winner of the Zarlux Car Rental task that will be performed by the Housemates in the House during the course of the show.

Once Housemates Salone Season 3 commences it will be shown live on AYV Entertainment Channel 34, 33 and AYV on DSTV Channel 399.

The entertainment is slated in such a way that the youth empowerment show is slated to be really competitive as it is geared towards bringing out the best in the Housemates in terms of their performances in carrying out assigned tasks delegated by a certain Chief or Madam Chief.

As a matter of fact the Housemates will be displaying their creative and innovative skills in different areas which could add value to the relevance of their continued stay in the House vis-à-vis being evicted. Some will be seen doing their best in terms of singing, gossiping, hair plaiting, dancing, sewing etc. doing so impressively.

Since the Housemates will be interacting in a very conducive atmosphere within the House, these Housemates are to exhibit real life situations where one sees courting friendly relationship, cracking jokes, gossiping, engaging in animated discussions to the point of even going into blows. The episodes, during the course of the Reality TV Show, are expected to bring out attributes that should be really captivating and fun packed to evoke laughter among viewers.

Again, if sometimes they talk harshly then it is because they are to intermittently use strong language and act funnily as the expectation is for them to of be humorous. Manifestation of these traits is what will really make the Reality TV Show very interesting to watch, providing some form of comic relief for viewers and serving as a therapy to reduce stresses.

In actual fact, the Reality TV Show is that it will serve as a conduit through which the Housemates are taken through  mental and physical exercises that will end up to mould and shape their characters.

They will benefit from being guided to be motivational speakers, to think critically as well as rationally, how to healthily interact, how to solve problems, to cook, to sing, dance, control emotions and stress.

These competitors will be given the opportunity to learn from what visiting guests from certain corporate institutions will teach them, learn how to play games and a host of other things that are aligned to coping mechanisms in life.

Housemates Salone Season 3 is indeed going to bring loads of smiles and evoke animated discussions among the young and old in various social circles.