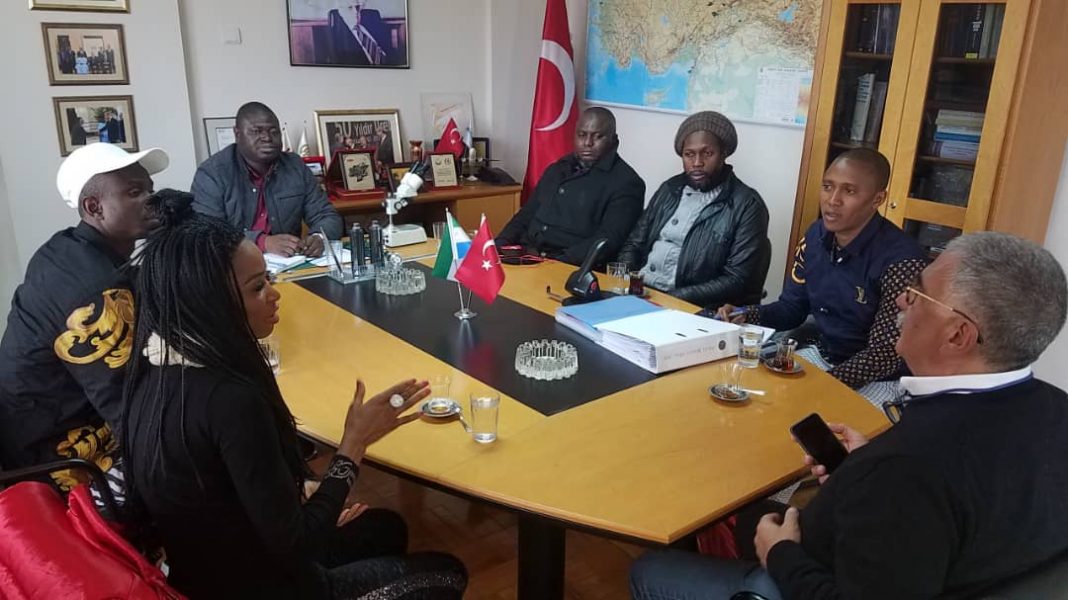 The executives, and elders of the Sierra Leonean Community in (SLCT) Turkey on Friday 29th of March 2019, paid a visit to Mr. Ozel, former Consul for Sierra Leone in Turkey, where they had fruitful discussions with the delegation. He told them that he was very much happy for the visit.
The former Consul for Sierra Leone in Turkey called on Sierra Leoneans living in Turkey to pressure the government to come and establish an Embassy in Turkey.
He told them that he is ready to help the Sierra Leone government with an office space, with furniture and two years salaries for workers who are going to be at the Embassy.
Mr. Ozel further said that he has been in this position for more than thirty (30) years. He was appointed by Captain Valentine Strasser to serve in that position. The current government wants him to continue serving in that position, but he told them categorically that he is no longer interested in that position considering his age.
He said that according to Turkish law, as long as the Turkish government has established an embassy in Sierra Leone, a Consul of that country is not valid any longer.
He said since being in this position, he has never received any salary from the Sierra Leone government, but always raising money for Sierra Leone governments from visa.
“I love Sierra Leone,” said Mr. Ozel”, stating that he has done a lot for the country, remembering when former President Koroma visited Turkey, when he engaged the Turkish governments for the Airline and other business partnership.