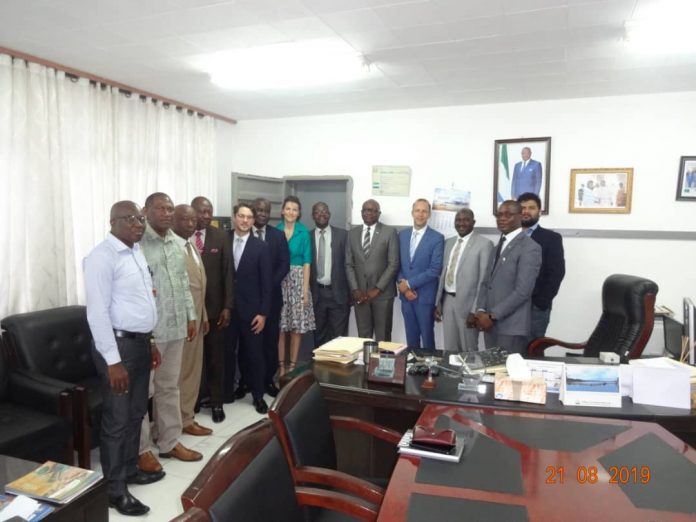 The Universal Security Audit Programme is geared towards promoting global aviation security through continuous auditing and monitoring of the aviation security performance of Sierra Leone Aviation Security Systems from the regulator to the service providers. The audit plan entails a review of national/airport level documents, visit to the industry to observe security measures, follow-up activities and post-audit debriefing.

In his remark, the Director General of the Sierra Leone Civil Aviation Authority Moses Tiffa Baio stressed the importance of the audit to the SLCAA and the country, while emphasizing on the State’s commitment in enhancing aviation security in Sierra Leone in order to be in compliance with the Standards and Recommended Practices of the International Civil Aviation Organisation (ICAO).

DG Baio reminded the audience that Sierra Leone security ratings is currently below the regional and global average (65% and 70%) set by the Windhoek declaration on Aviation Security and Facilitation.

Briefing the representatives present, the leader of the 4 man delegation Aurelien Lavayssiere noted that the team was pleased to see state security institutions involved in promoting aviation security. He disclosed the audit would be a full scale audit, covering 497 protocol questions. He added further that since the last audit, many developments have evolved especially with Annex 17 of which 4 amendments of the Annex 17 have been approved.

“The objective of the audit is to promote global aviation security and this is achieved by determining the level of effective implementation of the 8 Critical Elements (CE) of an aviation security oversight system and providing an indication of the Effective Implementation (EI) of Annex 17—Security Standards and security-related Standards of Annex 9—Facilitation to the Convention on International Civil Aviation. The audit will be based on 3 activities: Documentation-based, Oversight-focused and Compliance-focused audits,” he said.