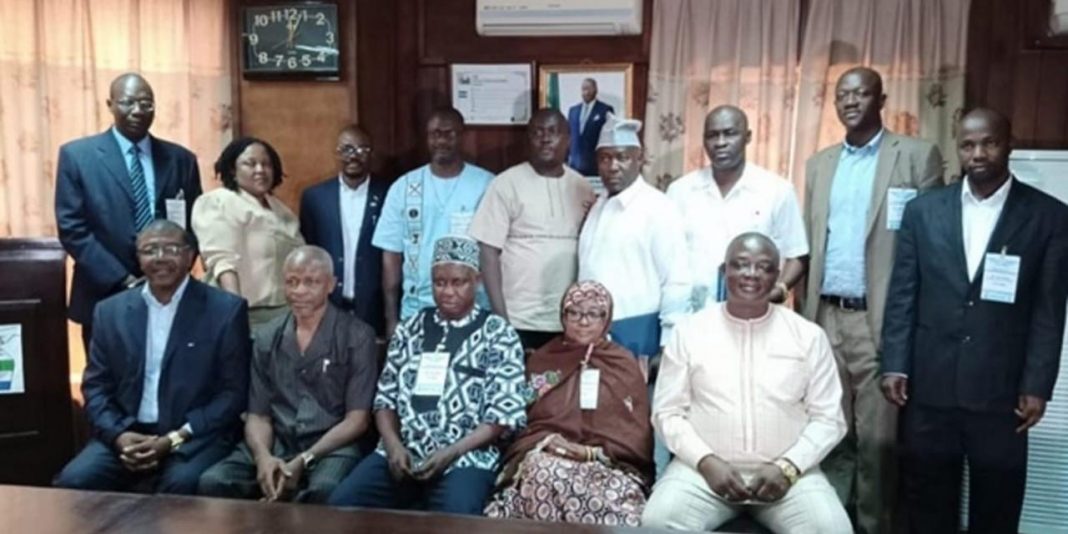 In a working visit to the National Electoral Commission (NEC), a delegation from the Independent Electoral Commission (IEC) of The Gambia is presently understudying how to transition from marble balloting to paper balloting.
Sierra Leone had it first general election in 1967 and by then it was marble balloting which was changed in 1990 to paper balloting which according to NEC was not an easy transition.

The country also made history by becoming the first country in the world to use block-chain technology to verify votes.  According to Isatou Jallow Ndure a member of the Independent Election Commission of The Gambia, the need for them to move from marbles to paper balloting is very important to adjust with the current systems in the world but the necessary experience is not there which is why they are in Sierra Leone to learn from their sister institution’s successes and challenges which will help them move from the marble balloting.

In Gambia marbles represent ballot papers, and ballot drums instead of ballot boxes where voters are given a glass marble, go to an enclosed space where they are faced with the drums, once they choose their candidate they slip the token into a small hole.

Commissioner Ndure went on to say they chose Sierra Leone because of the long standing relationship between the two countries, cultural values and strengthening of bilateral relations. She ended saying that they are particular about gender in elections which is very low in Africa and the need for more women to be encouraged into electoral processes.

The CEO of the Independent Electoral Commission Samboujang Njie said they have been monitoring many things in Sierra Leone which they want to learn from because their political system has expanded after the 2016 general elections leading to the coming of fourteen registered political parties and the marble balloting can no longer be able to hold the system which is why they want to migrate to paper balloting.  He went to say elections are crucial to any country which is why they don’t want to jeopardize the security and stability of their country by holding on to the same system as they do not mind to invest now in the putting systems and structures in place so that they can ensure the best practice of democratic elections.

He ended up saying that having separate elections instead of merging both presidential, parliamentary or general assembly and local council elections which is a practice in Sierra Leone and other countries leads to elections and donor fatigue but the merging all the elections will save cost and energy.

In his own statement, the Acting Chief Electoral Commissioner, Edmond Sylvester Alpha, encouraged his counterparts to learn as much as they can whiles pledging commitment to the delegation in ensuring they share their experiences, successes and challenges stating that they are in the right place. Other Commissioners emphasized the need for mutual learning experience which will support the two institutions.