He praised the government for ongoing economic reforms and disclosed that the agreement with Export–Import Bank of India would, therefore, open a credit line of US$ 30million to support Sierra Leone with a major irrigation development project, boost agricultural productivity at the Tomabom rice project and eventually achieve food self-sufficiency. He encouraged public private partnership and private sector enterprises.

In a joint press conference, Sierra Leone’s Vice President Dr Mohamed Juldeh Jalloh and his counterpart said other agreements the two governments had signed were for the establishment of a joint commission, cultural exchange programme and capacity building, which resonated with the President’s flagship human capital development programme.

Emphasising the importance of the meeting, Vice President Naidu, who concludes his 3-day visit to Sierra Leone on Monday 14 October as one of only two countries in Africa, said that was the first-ever high-level visit the West Africa nation had had from the Republic of India.

He was accompanied by the country’s Minister of State for Animal Husbandry, Dairy and Fisheries, Shri Sanjeev Kumar Balyan, a Member of Parliament in the upper house of the bicameral Parliament of India, Shri Ramvichar Netam, and senior officers of the Government of India.

President Bio paid tribute to the long-standing relationship between the two countries, citing the role they played as peacekeepers with the United Nations in post-war Sierra Leone. He said the Indian community had also contributed through business to the economy of the country.

“Sierra Leone and India have had a long-standing relationship. Today, as a country, we want to assure the people of India that we will continue to strengthen that relationship for our mutual benefit. Enjoy your stay and thanks for visiting Sierra Leone,” he said. 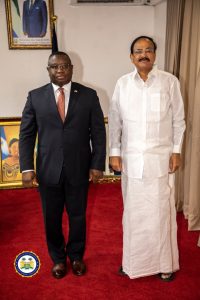 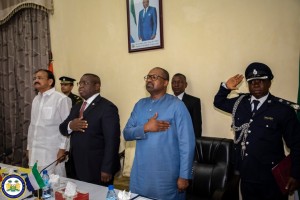 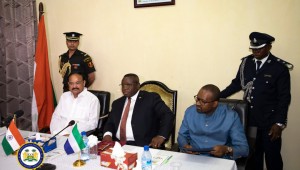