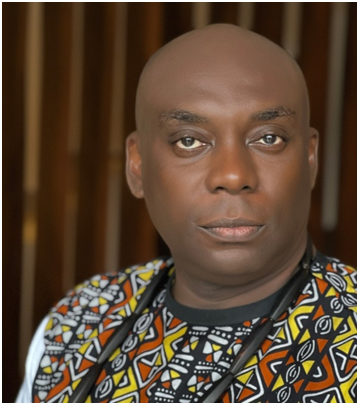 One of President Bio’s noteworthy achievements over the last 4yrs is his tenacity in positively rebranding Sierra Leone’s image internationally.

The unfortunate events of 10th August in certain locations has created a huge negative dent in the image of our beautiful Sierra Leone. The negative report internationally has created a nightmare for our tourist industry amongst others.

However, I am exceptionally happy because image rebuilding of Sierra Leone has started with the Solidarity Visit of the Chairman of the ECOWAS Authority, H. E General Umaro Sissoco Embalo, on Monday 15th August, under a week after the violent attack on democracy.

Incitement to murder by Adebayo in the recent violent attack on Freetown came at a huge economic cost; both locally and internationally.

Fortunately, on the international stage, the Government reacted quickly in putting the situation under control and ensured the seaport and airport were operational.

During the 1994 genocide in Rwanda, observers emphasized the role of media propaganda in inciting Rwandan Hutus to attack the Tutsi minority group, with one claiming that the primary tools of genocide were “the radio and the machete.” Fast forward to 2022 in Sierra Leone, information dissemination tools have improved, with “Whatsapp” being a tool of choice for Adebayor.

The ICTR indicted three people for incitement to genocide in the so-called Rwanda Media Case: Hassan Ngeze, Ferdinand Nahimana, and Jean-Bosco Barayagwiza. All were convicted.

Adebayor’s incitement both at home and abroad is very well documented. The police are identifying other persons who are also actively involved in inciting the people of Sierra Leone to commit lawless acts.

One legally complicated issue will be the one of the media houses with one of the highest coverage in Sierra Leone granting Adebayor an interview on the eve of the attack.  Adebayor had before the interview clearly stated Police Officers should be violently attacked.  As stated by the UN before the conviction of 3 persons accused of incitement to genocide in Rwanda:

“The power of the media to create and destroy fundamental human values comes with great responsibility.”

In line with the quotation above, the media house in question showed wanton irresponsibility in interviewing Adebayor on the eve of the brutal riots. So the media house should be charged as an accomplice. Or the media house can simply dissociate themselves and claim it was the sole creative right of the producer of the programme.

The tribal utterances attributed to Her Worship, the Mayor of Freetown was done in private. I personally will not classify that as incitement. This is not the case with Presidential aspirant and APC flag bearer Samura Kamara. His tribal utterance at a rally was blatant incitement that others who were determined to disrupt the country jumped on. The Police should also charge him immediately and leave it for the Judiciary to decide if he is guilty or not.

For Mama Salone to enjoy the economic development that comes with a peaceful Republic, Sierra Leone must bring these persons inciting others to kill innocent Sierra Leoneans to justice. More importantly the dark financiers of these persons should be investigated. The UN Resident Coordinator in Sierra Leone, Dr. Babatunde Ahonsi , twitted by 2:30pm at the height of the violent insurrection with the videos of Police Officers being brutally murdered trending on social media :

“The United Nations in Sierra Leone expresses serious concerns over the violent incidents that occurred today in Freetown, including reports of casualties. The UN calls for calm & dialogue, and stands ready to facilitate such dialogue, (2:29 PM • 10 Aug 22 •).

At this point the misinformed belief was the “Peaceful” riot was about standard of living, but it seems Dr. Babatunde Ahonsi, had more information because he was ready to facilitate “dialogue”. Some persons are theorizing that miscreants within APC ranks were going to form a quasi governing body on Thursday  11th. The quasi government will then insist on dialogue concerning power sharing and the UN will facilitate the said dialogue. The strategic thinking of the Vice-President to impose a curfew 30mins after the tweet by the UN and other unanticipated tactical security moves quelled the situation and ended any plan to create a quasi government based on chaos.

The tweet and timing by the UN Resident Coordinator was very unprofessional and in my subjective opinion very suspect. The tweet is surely part of the ongoing police investigation, so I will not belabour the issue any further.

The solution to rebranding Sierra Leone to wash away the stain of August 10 will be a multi-sectorial approach on both national and international fronts.  Part of ongoing process of reacting to the incident would be:

In the Government’s move to break the cycle of underdevelopment in Sierra Leone, it is expected that we face new challenges. Presently different Ministries are developing strategies to further engage our youths, create employment and build the economy. The Government will not tolerate a few detractors truncating the great strides made in building the image of the country.

Sierra Leone is blessed with a visionary leader. We have to take full advantage of that.

Justice Minister Gives an Overview of the Public Elections Act 2022