On September 11, 2020 the 44th Meeting (virtual) of the Convergence Council of WAMZ ended. That meeting was preceded by a meeting of the Technical Committee on 7-8th September and the Committee of Governors on September 10th.

The purpose of the meeting was to discuss and adopt the report of the Committee of Governors of Central Banks of WAMZ member States.

Minister of Finance of Sierra Leone, Jacob Jusu Saffa in his welcome remarks expressed appreciation to WAMZ countries for their commitment to the course of regional integration and attainment of a single currency in West Africa.

He observed that achievements in 2019 were made on the back of a strong focus on fiscal consolidation as the anchor of economic management in recent years. As a result, he stated that Sierra Leone’s performance on the macroeconomic convergence improved significantly.

“Overall, Sierra Leone satisfied three out of the four convergence criteria in 2019 compared to fulfilling only one criterion in the past three years -2016, 2017, and 2018,” he added

The Governor of Central Bank of Nigeria, Dr. Godwin Emefiele thanked the Chairman, Mr. J J Saffa, Minister of Finance, Sierra Leone for the manner he conducted WAMZ meetings during his tenure. He particularly appreciated him for managing the apparent impasse between the French-speaking countries and their English speaking colleagues on the use of the Eco, the single currency by organizing a very successful Authority of Heads of the States of WAMZ and several engagements with the ECOWAS Commission on this matter.

”Sierra Leone has done an excellent job during these difficult times. I am therefore proposing that the Minister continues as Chairman, Convergence Council,” he added.

This nomination was seconded by the Minister of Finance, Ghana, Mr. Ken Ofori-atta, and unanimously adopted by all member states.

In his acceptance speech, Mr. Saffa expressed gratitude to his colleagues for his re-election and extended appreciation to President Bio for the encouragement and staff of the Ministry of Finance for technical support to his chairmanship.

Sierra Leone’s Minister of Finance reaffirms Sierra Leone’s commitment to the monetary union of West African states and I call for a regular meeting of Authority of Head of States to WAMZ to discuss matters arising from Convergence Council meetings.

The meeting adopted all the recommendations of the Committee of Governors including increasing spending on agriculture and promoting the private sector in agricultural development; consolidating and improving on gains in macroeconomic management; scaling up investment in growth-enhancing capital projects for sustained long term economic growth and sustain efforts at containing the spread and socio-economic impact of COVID-19 pandemic on member states’ economies. 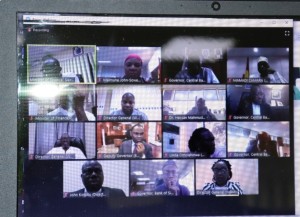 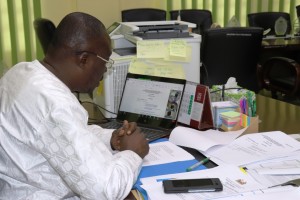