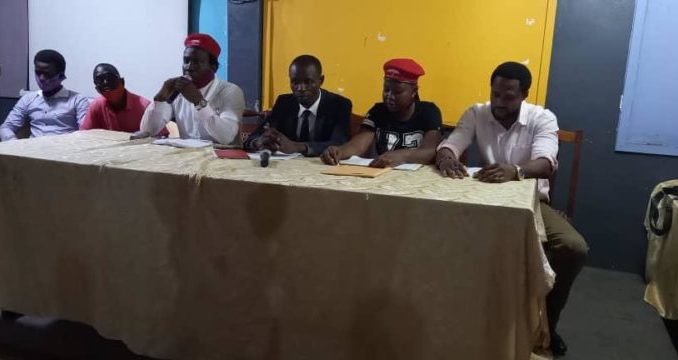 The National Reformation Movement (NRM) on the 10 September 2020 stated that it has met with the APC leadership over the past one month to try to resolve the constitutional issues which form the centre of interest of their reformation efforts.

It disclosed that on July 1, 2020, the leadership of the NRM met with their party, the All People’s Congress, at the party’s headquarters, where both parties made commitment to the  search for a negotiated settlement. In that meeting, which was summoned by the Facilitator, Dr. Ibrahim Bangura, both parties also made commitment to the observance of a rule that forbids the reporting to the public of information disclosed in the course of the negotiation.

The entity continued that in early July of 2020, a few days after  meeting on July 1, they submitted three copies of their negotiating document to the Facilitator for onward submission to the party’s Chairman, Deputy Leader and Secretary General.

According to them those documents were indeed submitted for a response from the leadership of the party.

The NRM furthered that since that submission of their negotiating demands, the process seems to have resulted in an absolute stalemate.  They lamented that the leadership has resorted to tactics that are not conducive to the resolution of the issues that forced the NRM to go, unavoidably, to court.

“It is as result of that stalemate, the party’s leadership’s violation of rule that forbids public disclosure of information, inter alia, that we have decided to bring the issue to the public,” they stated.

The entity pointed out that on the very day they submitted their negotiating document, the leadership of the party violated the rule that forbids public  disclosure of information, and their negotiating document was leaked to Adebayor, whom they referred to as a gutter commentator and an establishment misinformation propagandist, who discussed some of its contents at length and went on to proclaim, in a ridiculous manner and louder than ever before, that the party’s leadership would not negotiate with the NRM.

It continued that on that same day, the NRM was on the receiving end of a barrage of invectives and imbecility from the gutter commentator.

They said it is becoming increasingly clear to them that the party’s leadership does not have the political will to resolve the matter on the table. The NRM highlighted that quite clearly, the party’s leadership came to the negotiating table with a double agenda adding that while appearing to be interested in a negotiated settlement, prominent party functionaries who said they are acting under the instructions of the party’s leadership secretly engaged the plaintiffs and other actors to get them to stand prepared to withdraw the case from court before the resolution of disputes in the APC, just like they did with the one plaintiff.

The institution continued that the fact is that the faithful plaintiffs within their fold are more than determined to see a logical conclusion of the case.

“The leadership of the NRM, therefore, wishes to inform the manipulators, to whom negotiation means manipulation, that their unconventional negotiating tactics will serve them no useful purpose. The NRM is a disciplined, structured movement, and accordingly, the decision to withdraw the case from court does not lie in the exclusive hands of any plaintiff. To say it is impossible to reach any other agreement in the absence of a response to the negotiating document we submitted in the early July of 2020 is to understate our resolve,” they stated.

The NRM made it known that throwing up of one obstacle after another, the stonewalling towards their negotiating document, the persistent harassing of the plaintiffs and other NRM actors and the evident desire to manipulate them, the double agenda and the ongoing attempt by the their party’s leadership to renew their mandate in the guise of a convention, in violation of the court order and in utter disregard to the negotiations, make the call to negotiate looks like an Orwellian doublespeak and the search for a negotiated settlement all the more complex.

The NRM concluded that while they are still committed to a negotiated settlement, they wish to assure all their comrade reformers, at home and abroad, that their commitment to the creation of conditions that guarantee equal participation and a level platform for all comrades in the APC is unshakable.

They furthered that as the party’s leadership goes about hatching one plan after another to manipulate the process, let them be reminded of the court order and their collective resolve to deliver the knockout jab on the dictatorial construction of their party’s internal politics. The NRM pointed out that they went to court to correct the injustice and inequalities in their party, and these must be addressed BEFORE THEY WITHDRAW THE CASE FROM COURT.

According to the Secretary General of the NRM Osman Bikal Kamara, he extends our appreciation on behalf of the Movement, to the Facilitator, Dr. Ibrahim Bangura, for being very patient and professional in carrying out his task.

The NRM concluded that it remains committed to the democratization of their party’s internal politics.