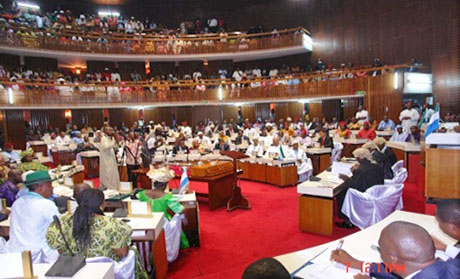 On the 10th November 2020 Parliament of Sierra Leone approved with unanimity the Sixth Report of its Committee on Appointments and Public Service, chaired by the Leader of Government Business, Hon. Mathew Sahr Nyuma.

Seconding the motion, the Opposition Whip, Hon. Hassan Sesay said the approval of nominees has always been a process that is constitutionally required. He specified that Ambassador Edna Kargbo relative to her résumé for the position she had been nominated by President Bio due to her long standing diplomatic career laced with team work. He also went on to state that Ambassador Lungay has all the good attributes of a diplomat and that he hoped  he will deliver on his new appointment.

The Opposition Whip told Parliament that, the Rtd. General is not only suitable for the job but he is imbued with discipline and is result oriented.

He referred to Ambassador Joseph Blell as a selfless man who is so trustworthy working with people of all walks of life relative to the role he had played in football management. He expressed hope that a man with such ability would do the needful in his new job.

On his part, the Chairman of the Committee on Information and Communications, Hon. Boston Munda referred to the Chairman of NATCOM as “a best performer”, adding that going into such an institution, the latter would promote unity and team work. He also advised him to work with the Parliamentary Committee on Information and Communications. “Mr. Chairman go there and make us proud,” he challenged. He used the opportunity to commend all the presidential nominees and asked them to provide the deliverables as embedded in the manifesto of the New Direction.

The Hon. Paramount Chief from Tonkolili, P.C. Bai Kurr Kanagboro Sanka III said the composition of the nominees is indicative of oneness in Sierra Leone.  He informed the Hon. House about the patriotic work done by Ambassador Blell during the war years. He said Ambassador Blell’s appointment was laudable and expressed hope for good job in his new office. He used the platform to encourage all the nominees to put the national service above all else in light of unity, tranquillity and peace.

Speaking to the motion, Deputy Leader of the Opposition, Hon. Ibrahim Ben Kargbo recalled his previous interactions with Ambassador Joseph Blell and his actions to national calls over the years.  He made reference to the controversial situations that are affecting NATCOM, but hoped that with the help of the Parliamentary Committee and the wealth of experience of Ambassador Joseph Blell, the institution is set to do well. He also zoomed on other nominees for their outstanding and immeasurable fitness relating to their respective appointments.

Leader of C4C, Hon. Saa Emerson Lamina said the nominees have the requirements to perform their duties for which they are nominated by President Bio. He asked the diplomatic nominees to build the image of Sierra Leone in light of trade, commerce and development. He encouraged the nominees on Disaster Management to work hard relative to fundraising and do due diligence in the course of executing their duties.

Hon. Kusan Sesay described the nominees as the best ever made by the President Bio referencing Rtd. General Brima Sesay as someone for whom “failure has never been an option”. He advised him and other nominees not to close their doors before Members of Parliament.

Leader of the Opposition, Hon. Chernor R.M. Bah expressed happiness to joining others to approve the nominees. He said Ambassador Joseph Blell taking up the job at NATCOM is a blessing especially with his experience in dealing with young people. “Ambassador Joseph Blell is a very good man,” he noted. He also commended President Bio for appointing Ambassador Fatmata Edna Kargbo to fulfil the quota of women representative adding the latter is a woman of substance. He referred to the Rtd. General as a man who has demonstrated diligence in national service alluding that such accolades might have earned him to be the first man to superintend over the National Disaster Management Agency.

Recalling his teaching profession, he described Ambassador Lungay saying “he was my best teacher and I was also his best student at St. Edwards”.

Leader of Government Business, Hon. Mathew Sahr Nyuma said all the nominees are symbols of good representatives of Sierra Leone with wealth of experience in national service including diplomatic missions, humility, business, professionalism, politics, military, and reputable characters among others. He said during vetting, it was discovered that the presidential nominees are all fit for purpose and urged them all to work with the Committees in Parliament. He encouraged them to perform or stand to be fired by President Bio, whilst urging them to deliver on the New Direction Manifesto in respect of national development.

In his felicitations, the Speaker of Parliament, Hon. Dr. Abass Chernor Bundu congratulated the nominees and described them as people with great acumen and experience. He urged them to deliver based on the confidence bestowed on them by President Bio and endorsed by Parliament. He wished them the best in their new offices.

In another development, the Parliament of Sierra Leone has also debated and ratified with unanimity two agreements geared towards development of trade in the country.

The following agreements were approved by Parliament: An Agreements between the Government of the Republic of Sierra Leone (GOSL) Represented by the Minister of Trade and Industry (MTI) The Minister of Finance (MOF) and Sierra Leone Flour Mill (SL) Limited.

The other was an Agreement between the Government of the Republic of Sierra Leone and Societe Nouvelle Commerce (SONOCO S.A)

Prior to the ratification of these agreements, the Minister of Trade and Industry, Dr. Edward Hinga Sandy said these two agreements are geared towards developing two giant flour mills in the country in order to boost and develop the trade industry. He said the two companies put together would employ hundreds of youth and added that it would boost revenue generation for the country.

Contributing to the motion, the Chairperson of the Trade Committee in Parliament, Hon.Veronica Kadie Sesay welcomed the initiative of the Government to welcome the establishment of the two giant Flour Mills aimed at boosting trade in the country.

Hon. Alpha Bah applauded the two agreements and admonished the Ministry of Trade to properly monitor the operational activities of both companies so as to compete fairly in the market.

Both Leaders of Government and the Opposition welcomed the idea of government by supporting these agreements; hoping both companies would translate these agreements into action for the development of the country.

Other MPs who spoke to the motion hailed the Government for the positive intervention aimed at contributing to the development of the trade sector.