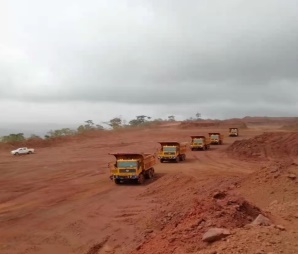 On the 6th March 2021 Kingho Mining Company Limited started full operation in what has been a move that is geared towards revamping the economy of Sierra Leone. Its mines in Tonkolili and the railway and port of its co-subsidiary in Pepel Town have started functioning well.

Such a development by the company comes since acquiring large scale mining license in 2020 to operate the New Tonkolili Iron Ore Mines and the taking over of the site from Government of Sierra Leone on 23rd September 2020.

It also comes just about two months since the signing of the 192 kilometre railway and port lease agreement by Kingho Railway and Port Company and the Government of Sierra Leone that will ensure the company utilizes the infrastructure for their iron ore transportation out of the country.

Already, as a way of reawakening the awareness of the people in the rail corridor communities, the company is putting safety modalities in place to ensure that residents along the railway are protected while its train operations are ongoing.

According to Management, it is believed that motor bike /vehicle pass along the rail must use the legal level crossings, before one passes the level crossing stop, listen and look for trains.  Pedestrians, they say, must maintain a 3 meter distance away from the railway on both sides. Communities along the railway, it was sensitised, should look after their school children, educate them not to put anything on the rail or climb up the wagons, etc, whilst communities should look after their domestic animals like goats and cattle etc.

Reaffirming its commitment to safety in the communities, Kingho Management also ,over the past weeks, engaged communities along the railway and recruited over 200 level crossing flagmen directly from the villages close to railway.

The first set of locomotive departed from Pepel Town on the 6th March 2021 at 6:00 am for the mining site in Tonkolili, where also full scale iron ore mining has also started. 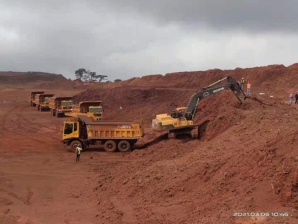