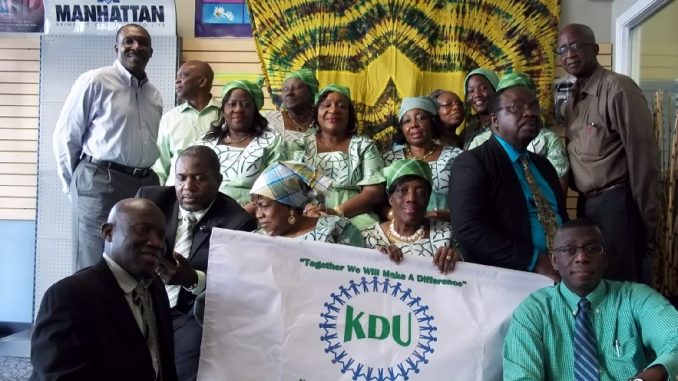 On Friday, 28th August 2020, the Krio Descendants Union in collaboration with the Krio Community and the Renner family filed a lawsuit at the Supreme Court of Sierra Leone challenging the validity of the Provinces Lands Act 1960, a discriminatory colonial statute inherited from the British.

The Plaintiffs are claiming that the Provinces Lands Act, Cap. 122 of the Laws of Sierra Leone, along with other specific definitional statutes are inconsistent with the 1991 Sierra Leone constitution in that it discriminates specifically against Krios, whose place of origin is in the Western Area of Sierra Leone. This statute precludes Krios from acquiring any customary land rights or freehold title in the Provinces, restricting them to acquiring only leasehold interest of a specific duration.

This, the Plaintiffs contend, is in violation of Section 27 (1) of the Sierra Leone Constitution which prohibits discrimination on the basis of tribe or place of origin.

The Krios are statutorily classified as “non-natives” which definition also includes those persons of European or Asiatic origin. No other tribe in Sierra Leone are subject to such statutory restrictions.

It is also argued that Cap. 122 violates their right to Freedom of Movement guaranteed by Section 18 (1) of the Constitution as they cannot reside or settle freely in the Provinces unless the consent of a tribal chief is secured.

Lastly, it is contended that the statute unduly impact on their Freedom of Assembly and Association in violation of Section 26 (1) of the constitution as the Plaintiffs ability to live with associate or spend time with their brothers and sisters from the Provinces is constrained.

The Plaintiffs are seeking a declaration from the Supreme Court that those portions of the Provinces Lands Act that impact upon Krios be declared unconstitutional, stricken and rendered null and void. They also seek substantial damages against the Government of Sierra Leone for failing to repeal this statute since independence and retaining same as part of the laws of Sierra Leone for the last 59 years despite its patently discriminatory effect on Krios.

Alternatively, the Plaintiffs seek reparations from the Government and an allocation of 100 hectares of land in each of the 12 Districts in the Provinces as compensation. This Supreme Court case was filed by the law firms of Garber & Co and Campbell & Co based in Freetown.