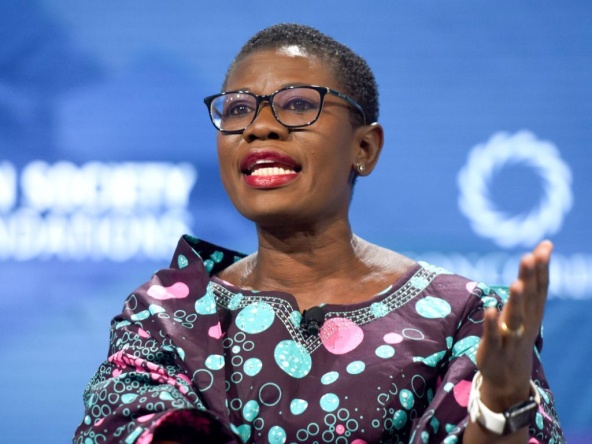 In a Media Release by the Anti-Corruption Commission (ACC), dated 11th May, 2022 it was disclosed that the anti-graft body has concluded its investigation into the Freetown City Council (FCC)  relating to issues highlighted on the Council in the 2019 Auditor General’s Report concerning payments of Council funds to personal staff of the Mayor.

The  ACC continued that the 2019 Audit Report stated inter alia that, the FCC made payments totaling Two Hundred Million Eight Hundred and Forty-two Thousand Three Hundred and Thirty-three Leones (Le 200,842,333) for travelling expenses (Air tickets and per diems) to one Manja Isata Kargbo, Head of the Mayor’s Delivery Unit (MDU) who is not an employee of the FCC.

It furthered that the Report also claimed that the said amounts paid were not budgeted for by the Council nor did they receive appropriate approval.

According to the ACC it comprehensively conducted an investigation into the issue, during which persons of interest were interviewed, including the Mayor of Freetown City Council, the Chief Administrator of the FCC, the Consultant Team Lead in the MDU, Manja Isata Kargbo, the Human Resource Officer of the FCC, the Permanent Secretary of the Ministry of Local Government and Rural Development (MLGRD), among other staff of the FCC and the MLGRD.

The stated that its investigation confirms the following: That the MDU was a private unit within the Office of the Mayor that did not go through normal administrative procedures for its set up and was entirely done by the Mayor without any approval from the Ordinary General Meeting of Council, and was done without any recourse to the MLGRD, and there was no legal basis under the Local Government Act of 2004 for such.

Also, that Manja Isata Kargbo was not properly employed by the FCC and she started work as a volunteer in the Mayor’s Office and later was singlehandedly contracted by the Mayor as a Consultant Team Lead in the MDU on 1st November, 2018 without observing the Council’s normal recruitment procedures and without going through the administrative and Human Resource apparatus of Council.

The ACC said, Manja Isata Kargbo, however, refunded the sum of One Thousand, Two Hundred and Fifty Dollars ($ 1,250) in its equivalent in Leones out of the One Thousand Four Hundred Dollars ($1,400) paid to her in Leones for the said trip.

That for the trip to Copenhagen, the Foreign and Protocol Officer mistakenly paid Manja Isata Kargbo the sum of Five Hundred Dollars ($500) instead of Four Hundred Dollars ($400) when a request for additional two days per diem was made.

The anti-graft body said it also found out that these payments were improper payments as captured in the Auditor General’s Report.

That the Commission takes note of the Administrative Inquiry Report into the Management of the Freetown City Council commissioned by the MLGRD in November, 2021, which stated as follow;

The issue of the MDU is the greatest threat to peaceful coexistence at the FCC and introduction of the Unit in the governance structure of the FCC has caused ill feelings in the minds of the FCC functionaries.

According to the Commission,  there is need to critically re-examine the position/status of the MDU within Council with a view of abolishing it and transferring roles and responsibilities to regular Council staff.

That a cumulative sum of Two Hundred Million Leones (Le200,000,000) was paid from Council account to a non-Council staff (an MDU staff) for various overseas trips.

The ACC said these payments were not provided for a part of expected Council expenditure and therefore, the payment contravenes the Local Government Act 2004.

That the MDU staff who was paid a cumulative sum of Two Hundred Million Leones (Le200,000,000) for overseas trip be made to repay the amount within a period to be determined by Council.

That these findings are consistent with the Commission’s separate and independent investigation of the issue and similarly confirm the findings in the Audit Report aforesaid.

According to the ACC it has directed that, the Consultant Team Lead in the MDU, Manja Isata Kargbo and the Mayor Yvonne Aki Sawyerr jointly pay back the sum of One Hundred and Eighty-seven Million, Nine Hundred and Four Thousand, Eight Hundred and Thirty Leones (Le 187,904,830) in lieu of criminal prosecution.

That the Mayor and Madam Kargbo had through their lawyers communicated requesting that they do not repay the said amount; but the Commission has rejected same and they are now under obligation to pay while prosecution is being considered.