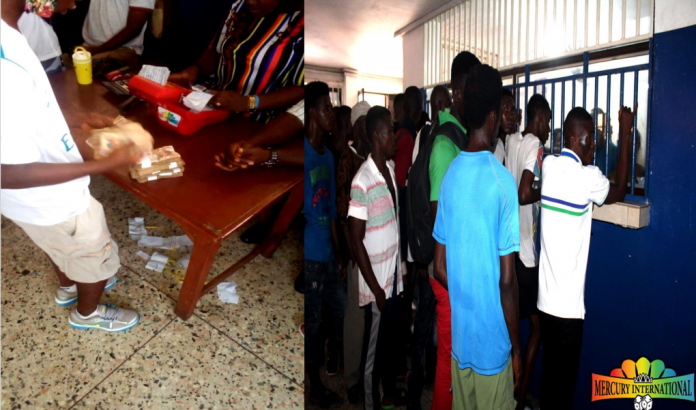 The 10th of March  2021, made another success story for over Eight Thousand, Six Hundred (8,600) customers who won a whooping sum of over One Billion, Nine Hundred and Seventy-two Thousand, Seven Hundred and Seventy-Five Leones (Le 1.972.775.000) from the Nongowa Draw Edition 135 of the 590 lottery game. For many, it is known as one of the millionaires making lottery balls. Single 1-90, as it is popularly known, on last Wednesday.

One of the lucky winners, Alpha Sesay in a delight mood told Mercury International Public Relations Department how excited he was as he won Four Million Leones (Le 4, 000,000) from the said ball.

“I was so lucky because this is a ball I do play, but for over a month I decided not to play the said ball again, not until Wednesday when I was just moved and decided that I will play the ball throughout the day,” Sesay said, adding that, this was his second-biggest win in the lottery after winning Eight Millions Leones (Le 8, 000,000) from the Mercury International football product.

Mercury International Deputy Public Relations Manager, Sahr Morris Jr reacting to the winning news with a big smile said, as a Company, they are not only excited to see frequent winnings from all their products, especially for the lottery lovers but also encouraged all and sundry to realize their dreams with Mercury International lottery and football betting.

He said: “The Company is always happy to see people on the winning side. This is a clear indication of our transparency, fairness and the genuine operation of our games. My call today is, please play for fun and win with excitement.”