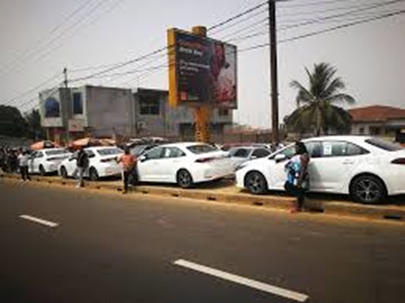 As part of its commitment to change the lives of its valid customers, Orange Money has on Tuesday 16th March, 2021 presented four brand new Toyota Saloon cars to four lucky winners of the concluded “Shorki Love promotion” which was launched in October 2020 and ended in January 2021. The event took place at the Company’s Headquarters at Regent in Freetown.

There was to be a total of five vehicles to be doled out to the lucky winners, as the Promotion entailed, but one had already been earlier presented to a winner from Kenema district.

Handing over the vehicles, the Chief Executive Officer of Orange Money, David Mansaray, said they are very pleased that as a company they have delivered what they promised to their lucky winners, which he said will prove to the public that they at Orange Money will continue to stand by their words. 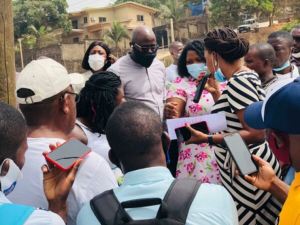 The CEO expressed the hope that the vehicles that have been presented to the winners would make a big difference in their lives, adding that he believes they have make them proud by ‘shocking’ them with such beautiful cars.

He called on the winners to be Ambassadors for Orange Money in order for people to know that Orange Money is the best company in the country as they care for their valid customers.

David intimated how the promotion catered for all classes of people including businessmen and traders saying it had gone a long way in improving the lives of Orange Money customers.

He added that the various segments of  draw were broadcast live on the Sierra Leone Broadcasting Corporation and Star TV maintaining that the essence was to ensure that they were conducted on a free and fair basis devoid of any form of manipulation.

Magdalene Shyllon of Wilkinson Road who happens to be one of the lucky winners expressed gratitude to Orange Money for making her a car owner as she said she has never owned a vehicle, adding that Orange Money has made her proud and has raised my standard in life.

Right now I can’t say what I will do with the car but for now I want to thank them and will be one of their best ambassadors in Sierra Leone.”

Another winner, Ishmael Conteh of Njala Campus, said a big thank you to Orange, that what they have done for him cannot be measured anywhere in the world.

He said Orange Money has given him a car and this car he will never sell it but will use it so that he will continue to thank Orange and be an ambassador for them, noting that they have made him proud and a car owner.

Augustine Tucker of Berwick Street said there are no words to explain what Orange has done for him. He said at first he thought it was a scam, but the persistence of Orange calling him made him believe that it was true that he was going to own a car for himself.

He thanked Orange and said he will be their best ambassador and will make sure that all those around him secure an Orange SIM because they are the best for quality service, for social interaction, and they are very reliable.

“This is my first car and I don’t think I will sell it but will use it as I was not thinking in the near future to buy a car. Orange has given me one and I will make good use of it.”

Mr. Murrie Kandeh of Kabala, the final winner, said nobody will make him sell the car as he will use it and will drive and use it in Kabala, where he will be the Orange ambassador.

He thanked Orange and said he never thought he will have such a beautiful car, but Orange has made him a proud owner of a brand new car. 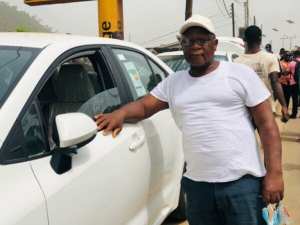 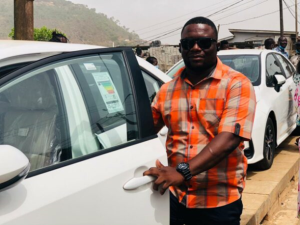 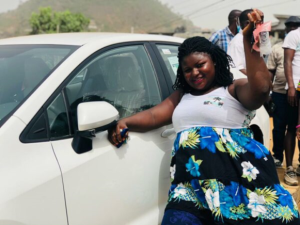