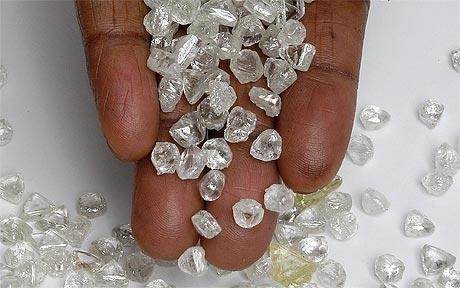 According to the Director General of the National Minerals Agency, in the boom years of iron ore export, just before the Ebola outbreak, Sierra Leone exported, in two consecutive years, over one billion dollars in mineral exports.

This means that if the government properly regulates the sector, attracts credible mining companies, the possibility of Sierra Leone quickly building up a formidable financial base for financing both infrastructural and economic diversification activities exists.

To think that since the 1930s, Sierra Leone’s minerals have been mined by various companies that took what they wanted and when the market fluctuated, closed their operations and went away after making huge profits during the boom years leaving the state and its people wallowing in abject poverty, only able to survive from handouts from IMF, whose conditionalities in the last quarter of the last century helped a lot to impoverish many Third World developing countries through currency devaluation, inflation and cutting off of public sector jobs; as they have led to unwanted regime changes, sometimes through the barrel of the gun, is pathetic.

It is not a hidden fact that Sierra Leone’s continued poverty and hopelessness is intrinsically tied in with selfish and greedy national leaders working in league with rogue multinationals to steal wealth that otherwise would have made Sierra Leone the Hong Kong, Singapore or Malaysia of Africa before the turn of the last century.

Even now, the exploitation continues when you look at what companies like Sierra Rutile, Vimetco, Sierra Holdings, Koidu Holdings are doing, just like African Minerals and London Mining did.

What is offensive about mineral exploitation is that with minor exceptions, Africa does not consume or add significant value to the mineral resources that it has in abundance.  Rather, we are exporters of raw materials that fuel prosperity and development in other regions, whilst we have completely forgotten about embarking on large scale agricultural ventures to feed our people and drastically reduce our continued dependence on imported foods, many of them not good for our health.

Indeed, it is true that most African countries get very little income from mining, due to generous tax holidays given to mining companies. The conclusion that can then be drawn from this situation is that the current resource-for-development model is not working to bring about equity or boost development.

As such, the African Mining Vision, jointly developed by the AU, ECA, ADB and other UN agencies was adopted by the African Union Heads of States in 2009. The Vision advocates for “transparent, equitable and optimal exploitation of mineral resources to underpin broad-based sustainable growth and socio-economic development”.

At the core of the African Mining Vision is the realization that Africa’s mineral resources can be better utilized to address the continents social and economic needs.

To achieve this vision, countries rich in minerals like Sierra Leone need to get back to the fundamentals and rectify some of the contractual anomalies that continue to plague the management of the continent’s natural resources – which is what President Bio and team are trying to do.

At the fore of this endeavour is the government getting the best deals during contract negotiation. Capacity deficits have been identified in critical areas of auditing, monitoring, regulation and improving resource exploitation regimes.

For example, in DRC, a government committee reviewed 61 mining deals over a decade up to 2006 and found none acceptable. It recommended renegotiating 39 and cancelling 22.

Zambia, in the wake of increased international Copper prices and after years of subsidizing large multi-national companies working in its copper belt, successfully raised taxes for mining companies from 25 to 30% and introduced a windfall tax for exceptional profits.

In conclusion, Africa’s natural resource is a blessing and not a curse and can and will be used as a precursor for the continent’s continuous rise and in the face of the insatiable appetite for natural resources on the world stage. To make this possible is what President Bio and his hard working team at the Ministry of Mines and Mineral Resources are doing.