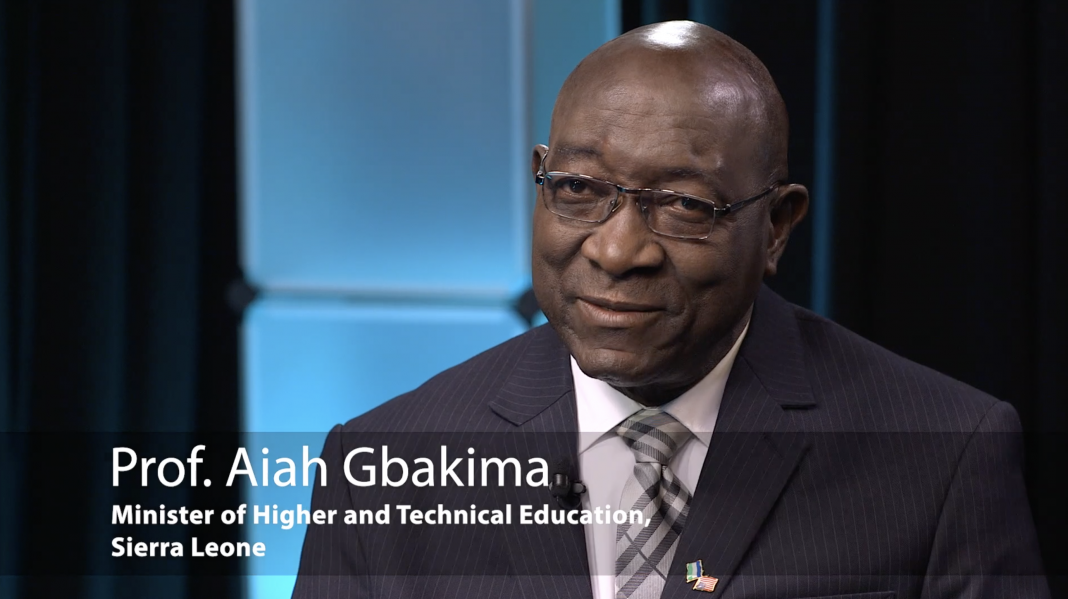 The Minister of Technical and Higher Education, Professor Aiah Gbakima, has said that his Ministry was highly dependent on and would work with Stats SL in furtherance of Technical and Higher Education especially relating to Students’ research in the University. He made this statement while on a courtesy call to Stats SL headquarters on AJ Momoh Street in Freetown, on Wednesday 25th September 2019.

In welcoming the Minister, The Statistician General & CEO of Stats SL, Professor Osman Sankoh (Mallam O) thanked the minister for the visit whilst stressing that the ministry and Stats SL will certainly have to coordinate as data serves as a key component of research for university education.

He went to state that was in that bid that a strong team had been set up at Stats SL so that its mission which is to create a viable National Statistical System with Stats SL at the centre for the coordination, production, dissemination and accreditation of official statistics to support evidence-based decision-making processes at both policy and planning levels, and which is beneficial to Government, Parliamentarians, Development Partners, CSO s and NGOs, researchers, universities and the general public will be actualized.

In cataloguing key achievements of the institution since he took over in April of 2018, the SG said that the institution had undertaken some light but impressive refurbishment of the Statistics HQ, and plans to replicate same in the regions and districts. He called on Government and development partners to lend a hand.

He underscored that the current leadership has earned respect and confidence of diverse partners. He intimated the minister that in addition to government and partner funding, some funding has been generated by the institution’s own efforts through competing for surveys, loaning to projects of its fleet of Land Cruisers and printing services it offers to the general public.

The minister lauded the Administration of Mallam O for the tremendous strides taken so far, and pledged government’s support with regards a partnership especially in the education sector.