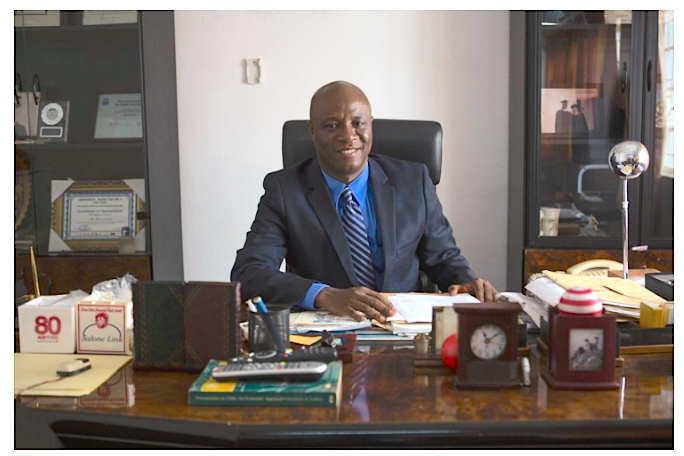 Not one but three bright ‘Suns’ have suddenly been eclipsed by the overpowering darkness of death, putting out the lights which illuminated on Koinadugu and Falaba. The discomfiture of such pitch darkness is being felt not just across the two districts of Falaba and Koinadugu. On the 10th July 2020, all along the major villages and towns on the highway between Makeni and Kabala, compatriots line up in mournful final farewell as the exceedingly long (vehicular) cortege passed by.

On arrival with the mortal remains of  Three Fallen Compatriots – Comrades Momoh Konte, Nfagie Alakuma Conteh and Saio Marah – vehicles and motorbikes had to give way to the throngs of mourners as the township of Kabala literally crumbled in a paralysis of grief. The weeping, by people of all ages, sex, religion and political persuasions, is involuntary, incessant, uncontrollable and inconsolable.

The late Saio Marah was a deeply respectful, modest and humble and an upcoming politician. In his late thirties, he was already the APC Deputy Chair for the Northern Region.

Comrade Nfagie Alakuma Conteh, despite his age (in his mid-sixties), was a very amiable gentleman. As APC Northern Region Public Relations Officer, he allowed his two Deputies the free hand to function. Never once did he complain and was always supportive of the Regional Executive decisions. He was a stealth and experienced strategist, always engaging stakeholders in one – on – one dialogues and passing on the challenges and his recommendations through the appropriate channels. He was in constant touch with me, giving updates on happenings in Koinadugu and Falaba and proffering actionable recommendations.

Without doubt, the people of these two districts and the APC have lost three great champions. The most illustrious of them all was Momoh Konte (in his mid-fifties), erstwhile Chairman of the National Telecommunications Commission (NATCOM), and until his death, the main opposition All Peoples Congress (APC) Chairman of Koinadugu district. Momoh Konte bestride the two districts of Falaba and Koinadugu like the proverbial colossus. His philanthropy, compassion and immeasurable love for his people dominate the narrative of the mourners.

From the payment of school, college and university fees for countless of his compatriots from Koinadugu and Falaba; to the building of health centres, primary, secondary schools and a university college (which is near completion); to his unfailing support to mosques and Muslims; to his many other community development projects including community centers, roads, entertainment centers; the good works of Comrade Momoh Konte mean that his sudden passing in that gruesome road accident of 5th July, 2020, has left a gaping vacuum in his family, his community, his APC party and in the lives of so many young people who depended on his largess for their schooling.

It is therefore understandable that the Kabala township is being gripped and immobilized by the pain of unfathomable sorrow. Three illustrious sons taken out in one full swoop!

“How are we supposed to handle this colossal loss; who’s going to continue with the payment of my son’s university fees”, one mourner tearful mumbled.

An abiding honour to the memories of these illustrious compatriots will be the completion and operationalization of the proposed University of Kabala which has been their enduring aspiration for their people.