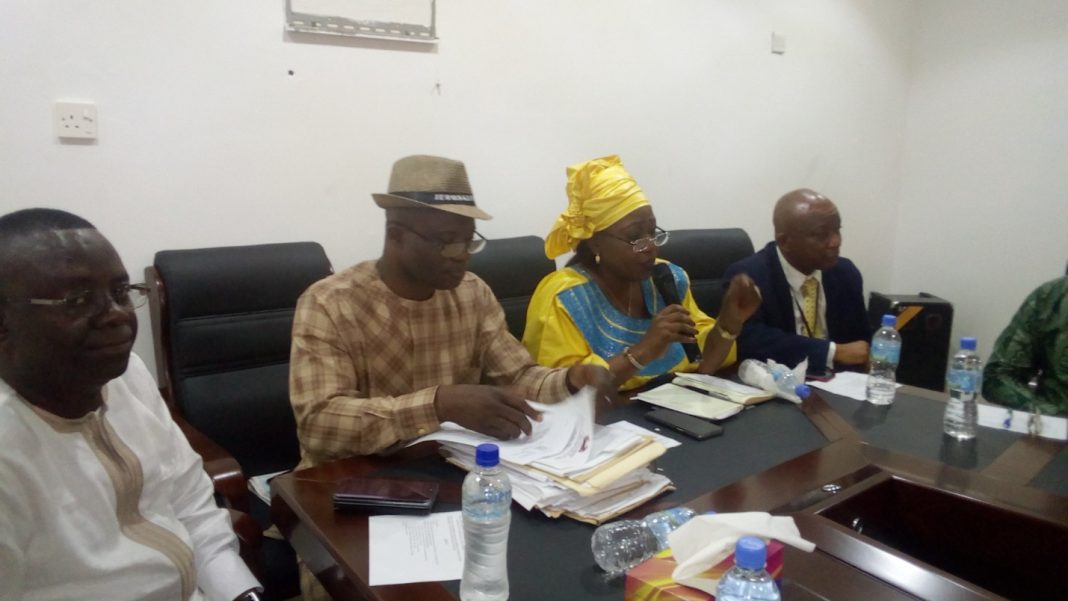 MPIAC Sub- Committee on Friday 9th August 2019 called for an urgent demolition of a house considered to have been constructed unlawfully at the Mortomeh community. This disclosure was made during a press conference held at the Ministry of Tourism and Cultural Affairs Conference Hall at Kinghaman Road in Freetown.

Dr. Denis M. Sandy Minister of Lands, Housing and Environment disclosed that as a Government, they are ensuring that no new structures are built within Mortomeh adding that the State has paid all those who have built houses in the red zone in order for them to leave those places as a disaster prone area.

He said that the President has also reiterated that no new structure should be built in the Mortomeh community especially within both the yellow, red zones and by extension the entire Sugar Loaf Mountain as they are disaster prone areas.

The Minister said to their dismay when they went on an inspection tour they discovered that Prince Sinoh Allieu has built a house at the Mortomeh Community, adding that the sum of one Billion, five Hundred Million Leones was transferred from the Disaster Relief Fund Account to Prince Sinoh Allieu as compensation payment for the demolition of his property at the Mortomeh Mudslide site.

He said that after receiving the money Prince defiantly went on and built a house at Mortomeh which he said is an affront to the Government stressing how he will ensure that the house is demolished because he was warned not to build in that area but refused to comply.

Memunatu Pratt, Minister of Tourism and Cultural Affairs, on her part said that it is the responsibility of the Government to protect lives and properties and the President is committed in doing so. She said it was against such a backdrop that the President maintained that nobody should build new structures.

The Minister said that Prince Sinoh Allieu was the co-chair of MPIAC Sub- committee and  was paid the highest amount of money as compensation for the demolition of his property, adding that the Ministry of Tourism and Cultural Affairs has put mechanisms in place to construct a memorial park that will attract tourists in the country saying such will be actualized as soon as possible.

She ended by saying even the proposed Memorial park will not be built within the red or yellow zone but rather on a safer place where tourists can access it.

He called on the Government to demolish the newly constructed house in the Mortomeh community which he said will be a precedent buttressing that if the house is not demolished other people might be influenced to build houses on both the red and yellow zones.