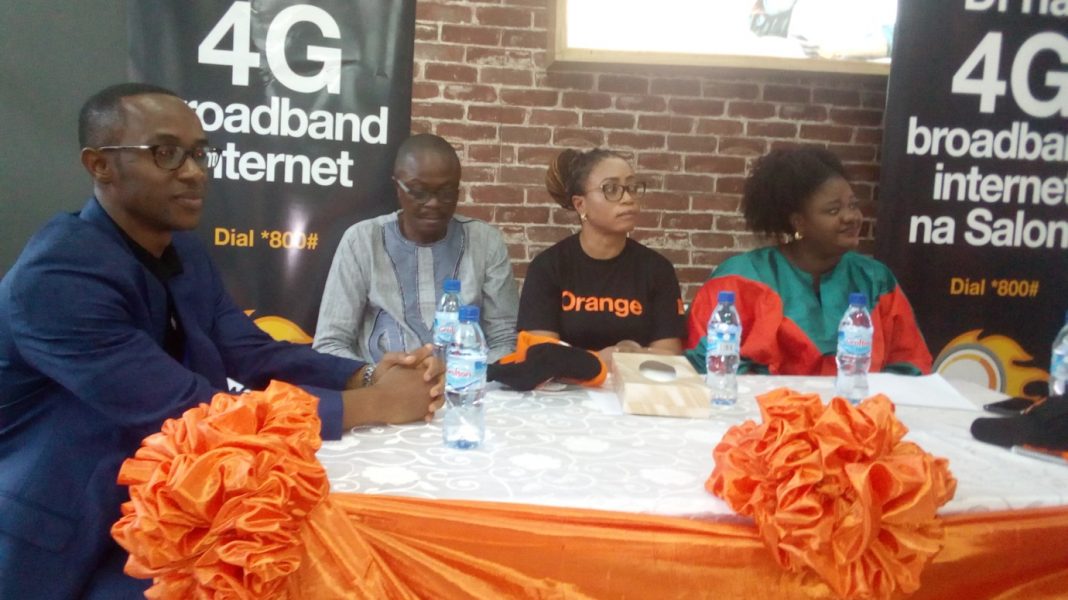 On the 6th and 7th August, 2019 one of Sierra Leone’s notable mobile operators launched ‘Di Real 4G’ in Kenema and Bo respectively.

Speaking during  the launching, the Chief Marketing Officer, Orange Sierra Leone, Alimatou Mbaye disclosed that the launch of Di Real 4G in the two districts is in fulfillment of their promise to the people of Sierra Leone to connect every town and  village for qualitative communication.

She emphasized that subscribers have been enjoying Di Real 4G with the largest mobile network that is more reliable than any other network in Sierra Leone.

She said Orange is a Sierra Leonean company that chooses what makes life easy for them. She encouraged consumers to swap their SIMs to Di Real 4G in order to experience the beauty of the service and wished them a wonderful time with Di Real 4G service.

Paramount Chief Saidu M. Kapuwa Marbe IV on behalf of  the people of Kenema City welcomed Orange Sierra Leone saying that he has been using their network for quite a considerable period of time now.

He applauded Orange Sierra Leone for the tremendous work they are doing in the country stating how he believes that with the launch of the Di Real 4G such will enhance internet connectivity in the district.

General Secretary (Orange SL) Haffie Haffner said the launch of Di Real 4G is in response to what they feel is very important as they believe in providing access to ICT stressing how it is very significant for the socio-economic development of any country.

She disclosed that in 2016 they realized that access to telecom services was limited as they had 55 percent mobile penetration to which she said only 55 percent of Sierra Leoneans have access to mobile phones.

Madam Haffner said at one particular period of time they discovered that their network was in bad shape and in that regard they have so far spent 55 million US dollars to upgrade their network disclosing how they have connected 925 main localities for the very first time in the country. She further highlighted that Orange has proposed to spend another 24 million US dollars in expanding their network and establish new sites as well as giving some 85% of Sierra Leoneans across the country the opportunity to have quality, faster and cheaper services.

Hon. PC Prince Lappia Boima who officially launched the Di Real 4G in Bo City applauded Orange Sierra Leone for making available job opportunities to young people across the country. He said believes that with the Di Real 4G such will give more access to internet connectivity in the district adding how they will now be able to send mails easier.

He assured participants that that they will continue to provide security in the district and make it the safest place for people in that part of the country.

Director of Audit, Risk & Internal Control, Alpha S. Bundu, maintained that Orange is committed to connect every part of the country as they are proud to say they cover 41 percent of Africa, adding that they have been working relentlessly in order to expand their network across the country.

He stated that the launch of Di Real 4G in Kenema and Bo will complement the launch of Orange’s Digital Revolution. This revolution ensures a truly high-speed broadband mobile internet and an unmatched life changing experience in digital communication.

He added that they are very proud as a company to say they have the widest network in Sierra Leone covering 80 percent of the country’s population and connecting 925 main localities for the very first time in the country with thousands of Sierra Leoneans now accessing data, voice and financial services.