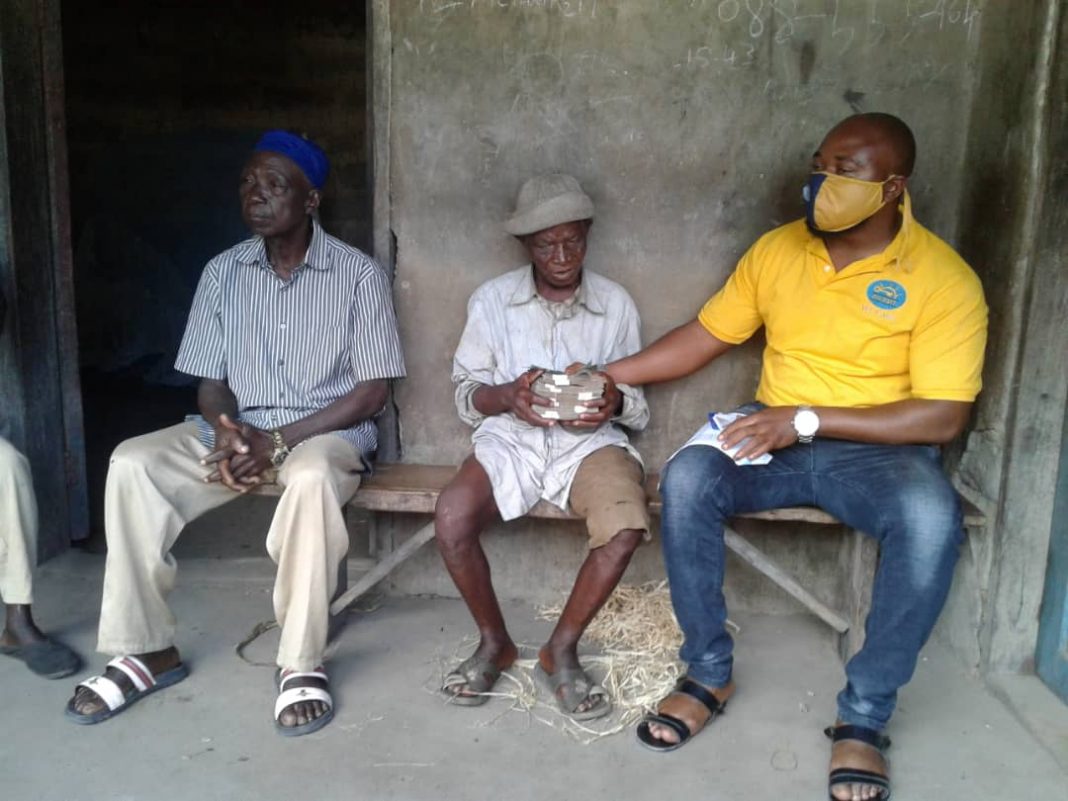 It could be recalled that in 2017, Government requested the verification of all Government Pensioners administered by the Scheme, with instructions to stop the payment of pension to any pensioner that failed to verify. Momoh Conteh was one of those pensioners that did not verify and as a result, had his pension stopped in February 2018.

On Tuesday 13th October, 2020, Madam Mbalu Sesay, a family member of Pa Momoh Conteh came in contact with him, and brought the information to the attention of the Director General of NASSIT. Being a man who is profoundly passionate about the welfare of pensioners, the Director General, Mohamed Fuaad Daboh, immediately instructed for the reassessment of Pa Conteh’s pension status and to immediately effect payment.

Administering the payment to the retired Police officer, the Regional Manager, North, Albert Samba Kanu, told the community in Madiff village that NASSIT is committed to the payment of pensions to its esteemed customers and could go to any part of the country to keep to that promise.

He informed the pensioner that in January 2019, President Julius Maada Bio, in his bid to alleviate the deplorable conditions of Government pensioners, increased the pension amount to a minimum of Two Hundred and Fifty Thousand Leones (Le250,000).

Pa Momoh Conteh, who used to receive a meagre sum of Thirty-Three Thousand Leones (Le33,000.00), benefited from that increment. He assured Pa Conteh that every month commencing this October, NASSIT would send a pension team to Madiff Village to pay him.

Receiving his pension, Pa Momoh Conteh, who was overwhelmed with joy, said he never expected that the day would come in the remaining years of his life when he would receive such money. He expressed appreciation to His Excellency the President for the increment and the Director General of NASSIT and team for the stewardship.

The Village Chief, Pa Kabie Mansaray expressed profound appreciation to the Trust for paying Pa Momoh Conteh who diligently served the nation. The money, he said, would go a long way to improving Pa Momoh Conteh’s living condition. He prayed that the Trust will continue to do more for pensioners.

“I am overwhelmed with happiness; I was not sure Pa Momoh will ever receive his pension. Thank you NASSIT,” he concluded.