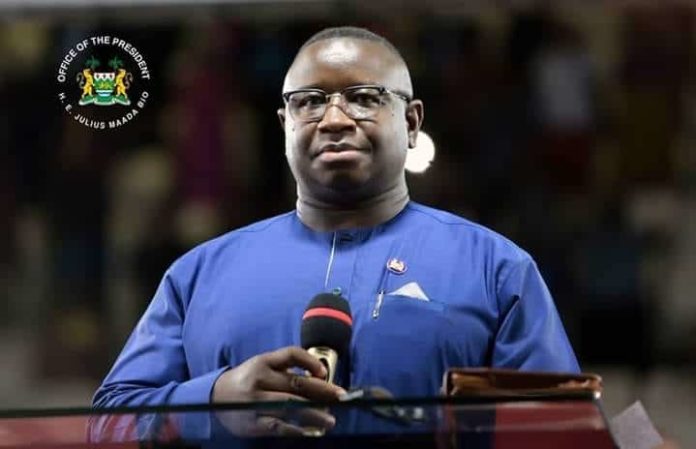 In a Press Statement released by the Ministry of Information and Communications captioned, “National Media Viability and Investment Conference in Sierra Leone, 21-22 April 2022”, it was stated that the Ministry, media stakeholders have mobilized major industry partners in a conference supported by BBC Media Action through PRIMED, to address the sustainability of public interest media.

Further mentioned was that the Ministry and its media partners will commence a major National Media Viability and Investment Conference in Freetown, in recognition of the important role of public interest media in open, developed and prosperous societies.

According to the Information Ministry, the conference, which will be held on April 21 and 22, is supported by BBC Media Action, the BBC’s international development organization, through PRIMED (Protecting Independent Media for Effective Development), a ground-breaking consortium working with local media partners to find effective solutions to create more viable public interest media.

The conference ,it was highlighted, will be opened by the President of Sierra Leone, His Excellency Retired Brigadier-General Julius Maada Bio, as keynote speaker.

Minister of Information and Communications, Mohamed Rahman Swaray, has this to say:

“The conference is consistent with our Government’s manifesto and the President’s commitment to have a pluralistic and engaging media as tool for national development. We recognize the importance of trusted media in the public interest in Sierra Leone’s development and future prosperity. This conference will help to explore innovative solutions for stronger business models that will ensure a diverse, responsible, trusted press in Sierra Leone, to inform, connect and inspire our citizens for the future.”

“Public interest media is vital to open and just societies. Trusted media provide citizens with reliable news and information,  hold the powerful to account, provide a platform for debate and are essential to achieving the UN Sustainable Development Goals. Our work through PRIMED provides an exciting opportunity to facilitate and guide major reforms to the media sector, including regulation, content production, media management and viable media funding pathways.”

“One of the strong arguments we put forward for the repeal of the criminal libel law is that the law was preventing private sector investment in the media. Now that the law has been repealed, the media viability investment conference provides an opportunity for the Sierra Leone media to make a strong business case to attract investment, free itself from poverty and play its role. Media poverty is rife in Sierra Leone, due largely to an uncoordinated Government advertising regime and dwindling advertising revenue with the advent of digital media. This conference therefore has come at the right time.”

Underscored is that Public interest media provide citizens with reliable news and information, hold the powerful to account, provide a platform for debate and are essential to achieving the UN Sustainable Development Goals.

It was, however, stated that in Sierra Leone – as in many other developing countries – the media cannot survive on the market economy alone.

Maintaining that there is no one-size-fits-all solution, nonetheless, improving media viability requires systemic reform that addresses policies, laws, and regulations; examining funding models that sustain public interest media without State control or co-option by private or political interests; organizational development from optimizing advertising to developing new ways to generate revenue, and connecting with audiences to ensure media houses are responding to their needs with engaging, timely and trustworthy content.

It has been confirmed that this conference is the latest in several steps taken by the Government of Sierra Leone to ensure a more enabling environment for media in the public interest. These include the repealing of part 5 of the 1965 Public Order Act, previously used to silence critical voices, moves toward greater independence for the country’s regulatory authority, and other media reforms. These indicate clear political will to change and improve media freedom and ensure the viability of public interest media.

Public subsidies, tax breaks, a more encouraging environment for investors and greater transparency in Government advertising distribution are all currently under consideration in Sierra Leone to ensure that media in the public interest survive and thrive.

PRIMED, supported by the UK’s Foreign, Commonwealth and Development Office, has been instrumental in driving a programme of reform for Sierra Leone’s regulatory authority. This national consultation is an important next step in developing a road map for the Government and media sector.