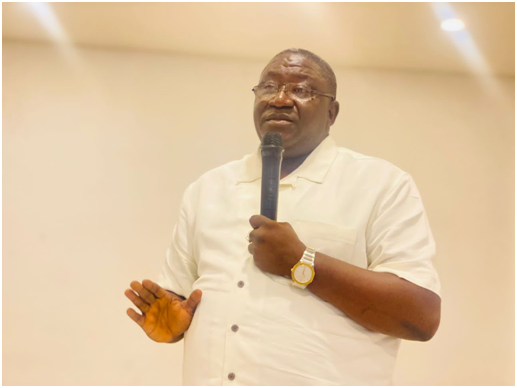 Mohamed M. Massaquoi, the Director-General of the National Civil Registration Authority (NCRA) has on Thursday 10th November 2022 announced that all ID Cards produced by the Authority are now available in the country; including securitized national ID Cards for citizens, ECOWAS ID Cards, and mandatory ID Cards for non-national Sierra Leonean residents.

Speaking during the training of NCRA staff on the processes and procedures for the production and distribution of the ID Cards at the Sierra Palms Resort in Freetown on Thursday, the Director-General of the NCRA, Mohamed M. Massaquoi said “We are very much on track, and we will begin the distribution soon… Every district is now connected to the NCRA headquarters ahead of the official announcement for the distribution.”

With the high demand for the ID Cards, the Director General said the NCRA has produced standardized ID Cards which have been approved and certified by the Economic Community of West African States (ECOWAS), the European Union (EU), and other development partners, who have informed the NCRA that it is consistent with the guidelines provided for international best practice for the production of ID Cards.

The Director-General said the training was meant to avoid errors by any NCRA operator during the issuance and distribution of ID Cards to ensure professionalism; he implored all operators to follow all the standard procedures prescribed by the Authority to avoid misrepresentation.

He also announced that the issuance of the Authority’s product will be decentralized as part of efforts to avoid discomfort for residents. He added that residents have no reason to leave their district residences to come to Freetown to access NCRA products which will be available in all the districts across the country as populated towns will also be prioritized when the distribution commences.

The Government of Sierra Leone has taken the ID Card production very seriously; requiring that citizens have a National Identification Number (NIN) for the acquisition of almost everything, including public examinations, and the acquisition of lands across the country, according to Mr Massaquoi.

He also announced that every school-going child must now register to have their NIN. “We will announce the date this month for that exercise. It will be a school-based exercise so that pupils will not miss classes,” said Mr Massaquoi.

Meanwhile, citizens must have their National Identification Number as part of the process to collect their ID Cards from the NCRA. Other processes include visiting the NCRA Office, paying a fee to the Sierra Leone Commercial Bank (SLCB) or Afrimoney for the NIN (if one does not have it); starting the process with an NCRA operator to sending an ID request; submitting payment for the ID request and getting the receipt.

Citizens will subsequently receive an SMS from the NCRA, informing them to pick up their ID Cards from the center where they started the process and they must sign for them, indicating that they have received them from the National Civil Registration Authority.