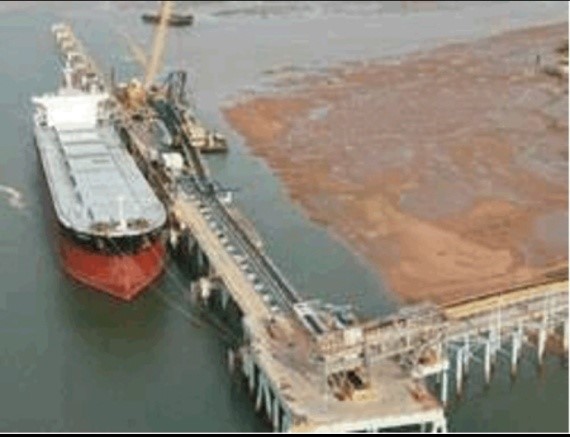 It is indeed very nauseating, to say the least, in noticing that certain ill-informed and shortsighted individuals in this country are blowing out of proportion the lease agreement that was recently signed between the Government of Sierra Leone and ARISE Integrated Industrial Platforms Limited relating to the use, management, maintenance and rehabilitation of the railway and port between Tonkolili and Pepel in the Port Loko District as well as creating the impression that the said agreement is not in the best interest of the country.

Those propagating the falsehoods that residents of Tonkolili and Port Loko Districts are against the lease agreement and are planning to stage a protest to demonstrate that they do not support the agreement are really fabricating and embellishing lies bordering on instigating unrest which any firebrand, looking for cheap popularity, could capitalize on to lead some astray to embark on any untoward move that could negatively impinge the tranquility prevailing in that part of the country.

However, it is important for the propagandists to realize that the lease agreement that was signed with the Kingho Railway and Port Company on the 8th January, 2021 gave the Government of Sierra Leone the free hand or right to engage any other entity to independently operate the Railway and Port after the first two years of the signing of that 8th January, 2021 agreement provided a six months’ notice is given to Kingho Mining Company.

In strict legal terms, since a notice was given to Kingho six months before entering into this new agreement with ARISE, it is obvious that the Government of Sierra Leone acted within the confines of the law.

As it was explicitly spelt out, the 8th January, 2021 agreement did not single out the Kingho Mining Company to have monopolistic or exclusive right over the use, management, maintenance and rehabilitation of the railway and port between Tonkolili and Pepel in the Port Loko District.

As a matter of fact Kingho has managed the facilities for two years meaning that Government now has the legal standing to enter into any new agreement.

It is important for the spinsters and rabble rousers to realize that the operations of Kingho Mining Company was centred around iron ore mining and not, as it is often mistaken, to manage the country’s rails which it only resuscitated, after African Minerals Company that revived the railway went into liquidation, to mainly transport the mined ore to the shipping docks. Their mandate did not extend to manage the rails for any other purpose whatsoever.

Indeed, History is replete of how when the railway was up and running in this country the transporting persons and goods from one point to another was very easy and simple. People, especially traders, were able to transport sizable quantities of goods, there were abundant produce or products that were transported from rural areas to urban settings to such an extent that their prices were affordable and making food security a certainty.

To have a reputable company like ARISE IIP, which is a specialist firm, with proven track record across Africa in managing infrastructure to make the railway a viable commercial enterprise, with many attendant benefits, will be a game changer.

It must be noted that one major component of the agreement is that it will increase mineral export which could be advantageous  even for Kingho.10% dividend will go to the Government  were as surface rents will be paid to landowners plus other taxes that must be paid to  Government.

Besides, it will create the leeway for other companies engaged in mining activities to have the opportunity of having their stocks easily transported for shipping which is currently not the case as there are huge costs involved.

It must be noted that the financial model and pre-feasibility studies estimate a total investment of 476 million dollars covering the refurbishment of the Pepel Tonkolili Railway, Pepel Port, Railway connectivity to Marampa Mines, the introduction of passenger rail services and the rail connection to Guinea.

Sierra Leoneans must not forget in a hurry that it was the same hullabaloo raised by certain ill-motivated individuals in this country related to the SUMMA Group that built a brand new airport for us.

Initially, they blindly and myopically castigated the group maintaining that they will not be equal to the task but in light of what has translated into a New Airport the argument has now taken a different dimension that it is not a brand new airport.

Though it is understandable that with elections few months away in order to make this Government appears to be off rail, in order to score cheap political goals, any good initiative taken will be caustically criticized out of political considerations and not in the good interest of the country.

One such good initiative is the signing of the lease agreement with ARISE Integrated Industrial Platforms Limited.