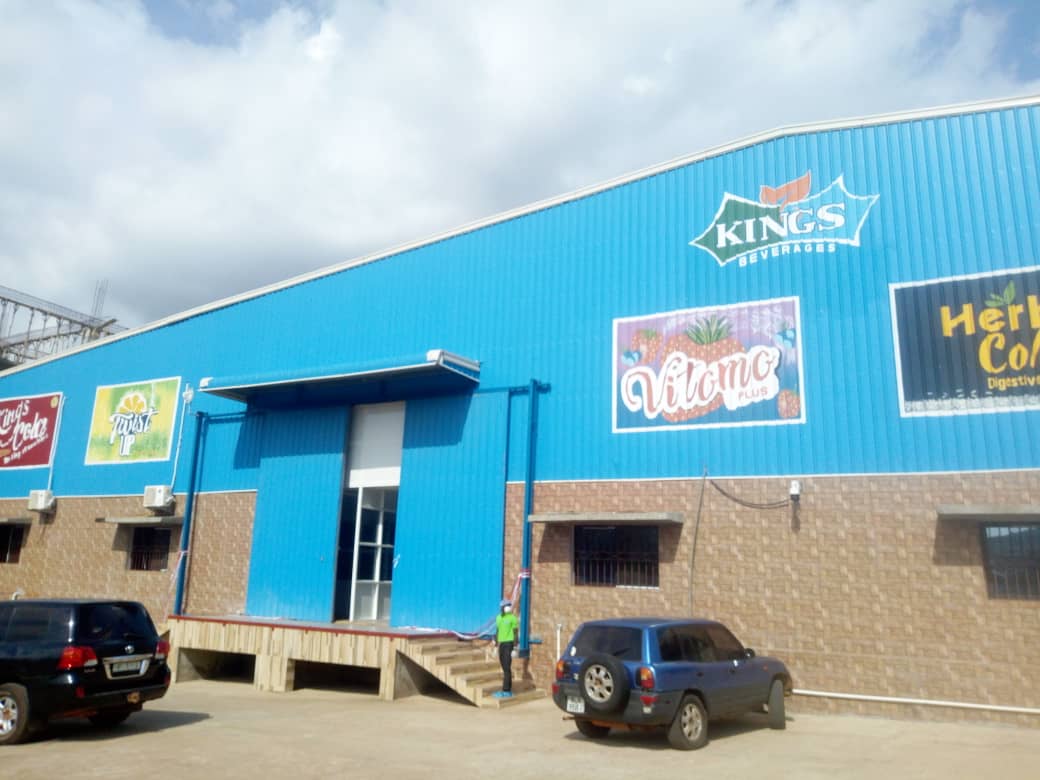 On Thursday 4th June 2020 the Minister of Trade and Industry, Dr. Hinga Sandy, commissioned a new factory at Grafton Village in the Western Area Rural District named Kings Beverages Factory which it was stated will be producing bottled water and different fruit beverages.

When the story went viral, this medium was inundated by many calls from different quarters with so many questions seeking clarifications as to how this new company could be given the same name that an existing company already has.

“This is very strange and confusing,” stated one Social Commentator furthering that he already knows that there is a company situated at Kissy which produces Mega Cola drinks and foam mattresses which is also called Kings Production SL Limited that was registered and incorporated in May 2005.

He furthered that there must be something missing somewhere laying the premise that the registration of any new company starts with the Registrar-General’s Office at Roxy Building in Freetown. In some cases the process starts at the Corporate Affairs Office.

“Upon submission of the proposed name of the company that a particular person or group of persons wishes or wish to register a thorough check is done looking at their registers to ascertain that such a name is not in use already by another company. If it is discovered that a company exists that has such a name then the person or group of persons is/are advised to have a rethink and choose another name,” he carefully explained adding that in the case of choosing the name “Kings” it must be that a proper check was not done by the aforementioned institutions before deciding to register another company in the same name.

In trying to adequately be au fait with the aforementioned situation and do clarifications this medium decided to conduct an in depth investigation into the matter.

It came out glaringly that such an anomaly is bound to affect the business of Kings Production SL Ltd in one way or the other. “The duplication is not right and it smacks of impersonation,” an official working at the Registrar General’s Office maintained.

He explained further that companies have exclusive rights over brand names highlighting that when two or three companies have the same brand name such is bound to confuse customers. “They will exactly not know which one type of product is produced by one company or the other and they may end up buying the wrong product which is really not their choice,” he explained.

The official working at the Registrar -General office described the act by Kings Beverages as uncalled for noting that it may probably be that the newly commissioned company wants to use the brand name “Kings” to establish their business adding how it is again possible that they don’t want to engage in proper marketing strategy but rather want to survive under the well-established name of Kings Production.

A retired worker of  Kings Production, who served the company for close to two decades intimated that over the years since its establishment in 2005 Kings Production SL Ltd  has developed its brand and due to their quality product that have won the heart of Sierra Leoneans. He said there is no problem with having other players coming into the business but that they should use another name that is not related to an already existing name because the company had invested a lot on advertisements in order to sell their brands that today is well known in the country.

Another Trade Expert in the person of Mohamed Ali Saccoh suggested that the Ministry of Trade and other relevant authorities must be notified in order to revisit the situation and make the necessary rectifications.

When this medium tried to contact the Management of Kings Beverages, the newly commissioned company at Grafton to have their own take on the issue, unfortunately, up to Press time all efforts made proved futile.