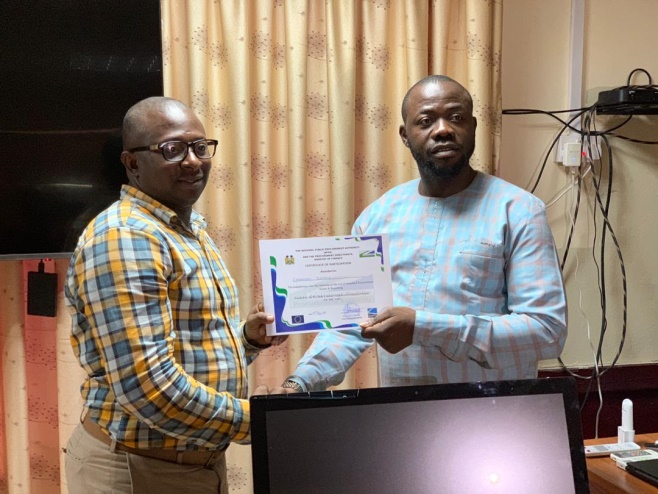 The National Public Procurement Authority (NPPA) is the statutory institution primary charged with the responsibility of regulating all public procurement processes undertaken by public institutions in the country. 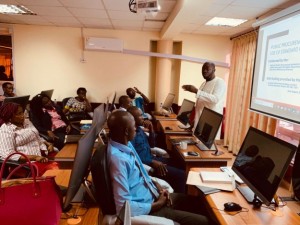 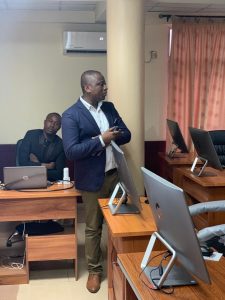 In a view to empower and capacitate Ministries, Departments and Agencies (MDAs) as well as Local Councils across the country, in order ensure that Procurement Officers and Procurement Authorities are well positioned to effectively, efficiently and transparently undertake or conduct procurement activities the Authority decided to conduct training sessions.

According to the indefatigable and optimistic-forward looking Chief Executive Officer of NPPA, Ibrahim Brima Swarray, the training sessions are targeting beneficiaries in all in the regions in the country starting with those in Freetown.

He disclosed that the training started on Monday 29 July 2019 and will be cascaded subsequently in the provinces.

CEO Swarray underscored that the NPPA does not only play its traditional role of regulating procurement process but also serves as adviser to Government in providing guidance as to whether or not certain procurement plans or requests must be endorsed, honoured or not.

“This is very strategic because it is assumed that 70% of Government’s revenue generated from taxes and donor support are primarily spent on procurement of goods, services and works. It therefore makes sense that the Government should be properly informed before action is taken in order to get value for money,” he highlighted, adding that for effective advice to transpire there must be dependable and reliable data which is why they decided to embark on getting reliable statistical data on procurement.

He noted that through data that is meticulously collected they could be able to determine the top 10 public institutions, contractors, suppliers that have done exceptionally well in terms of procurement within a specified period of time as well as those items that Government spends the highest amount of money on.

He said in the past Government used to spend up 6 to 7 million Leones only on papers, billions to purchase computers which, according to him, should not be the case. Making reference to himself, he said, he is currently using the computer that his predecessor was using highlighting that as long as a gadget is working there is no reason for it be changed for a new one on a quarterly basis terming such as wastage.

The charismatic NPPA Boss anchored that if we want to see more of Direct Foreign Investment then it is necessary for data to be uploaded regularly which, with the click of a mouse, will give indications of the country’s budget and other relevant information saying such will create the pathway for more investors to flow in.

The Director of Capacity Building at NPPA, Mr. Allieu M. Moigboi, intimated that procurement reporting through Standard Procurement Forms (SPFs) is a must for all procurement practitioners. “Recent monitoring proved that a good number of procurement officers are not grounded in the applicability of and utilization of the SPFs,” he revealed adding that to achieve EU benchmark indicators the Authority, in collaboration with the Procurement Directorate in the Ministry of Finance, thought it fit to organize series of training sessions for procurement practitioners in the various MDAs and Local Councils on procurement planning and other related issues.

Dilating on the rationale of the training session, Mr. Moigboi said the Authority would want to ensure that the expenditures on the procurement of goods, works and services by governing entities must be properly planned and implemented.

The Director of Capacity Building further stated that they are training 2 participants from 125 institutions in Freetown totalling 250 beneficiaries. The Training in Freetown ended on Friday 2nd August 2019.

Throwing light on the difference between Procurement Officers and Procurement Committees, he said the former deals with technical evaluation and the latter either accepts or disapproves requests or recommendations forwarded by the former.

Sounding the views of some Heads of MDAs and Local Councils they expressed appreciation for the good initiative taken by NPPA maintaining that it is a step in the right direction.

Lamin Bangura, Procurement Officer at the Sierra Leone Library Board expressed his thanks to the NPPA and stating that this is the most advanced training he has undertaken.

Mr. Labour, Procurement Officer from Sierra Leone Safety Authority (SLSRA) revealed that the training has exposed them to new procurement software that will help them on their daily procurement activities in their various MDAs.