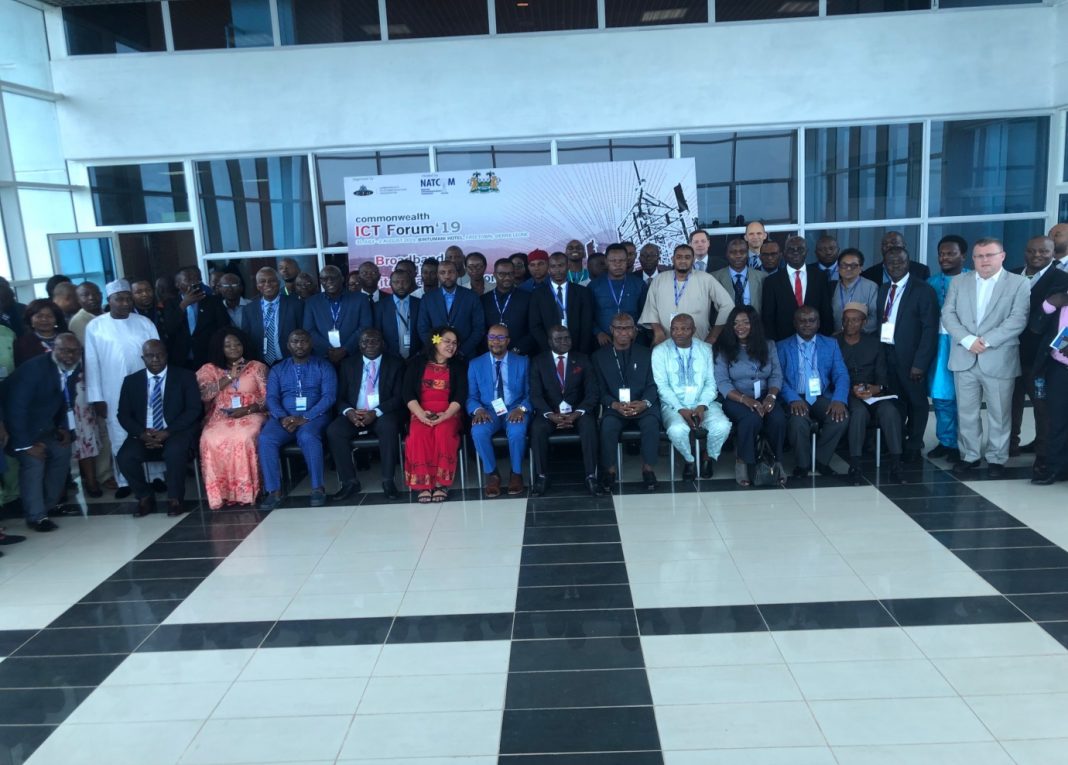 Sierra Leone hosted this year’s Commonwealth ICT Forum at the Bintumani Hotel from the 31st July to 2nd August 2019 with the theme: “Broadband for Inclusive Digital Transformation”. 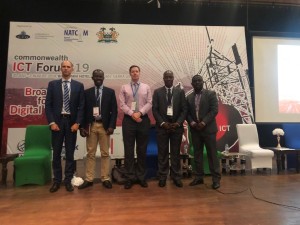 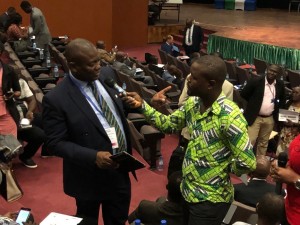 Playing host to all the participants, the National Telecommunications Commission (NATCOM) ensured that all the necessary modalities were put in place for the successful outcome of the conference.

The Director General of NATCOM, Maxwell Massaquoi intimated this medium that through various consultations and the sheer fact that this country, over the years, has been treating the telecoms sector with utmost seriousness coupled with the fact that it has been adhering to certain international instruments that were adopted, such reposed high confidence in the international ICT body to choose Sierra Leone for this year’s conference. He said for now telecommunications issues have taken centre stage in most international fora also maintaining that we really need to know the latest initiatives and emerging  innovations, trends and how to make effective use of as well as deal with them.

Most of the participants whom this medium came in contact with during intervals said they were highly impressed with the way the conference has so far been conducted. “Sierra Leone is a beautiful country with a fine landscape and impressive beaches. The people are very friendly and hospitable which makes me feel good talking with those who are eager to know about my country. This country has gone a long way to make inroads within the telecommunications sector and NATCOM is doing extremely well in its regulatory functions,” the Acting Secretary General of the Commonwealth Telecommunications Commission, Gisa Fuatai Purcell, underscored further expressing hope that what they were deliberating will be rolled out in the member countries.

The Deputy Minister of Communications from Ghana, Hon. Vincent Odotei Sowah posited that his country and Sierra Leone have been collaborating effectively to enhance Information, Communication and Technology. He praised NATCOM for its preparedness to always respond to invitations and its eagerness to catch up with new trends. “We must work concertedly to improve on ICT as it is the conduit for development as well as tools used by criminals to perpetrate heinous crimes,” he enjoined stating how he is impressed with the venue and manner in which the conference started and is going.

The participant from Nigeria, Mohamed Babajika, Director Policy Competition and Economic Analyst, Nigeria Communications Commission, confessed that he has been attending conferences elsewhere but said this one is exceptional as it was lively especially with the way it was directed and the side attractions to make all feel comfortable. He said he is looking forward to more partnership with this country to advance ICT in Africa.

Similar sentiments were expressed by other participants.

The Proactive Minister of Information and Communication of Sierra Leone, Hon. Mohamed Rado Swarray was commended by other Foreign Ministers for his leadership in hosting this year’s CTO conference.

In another development, the Deputy Director General of National Telecommunications Commission (NATCOM), Daniel B. Kaitibi, engaged some ICT delegates from all the Commonwealth ICT members on the topic: “Cyber Security and Capacity Building”.
Speaking to other members of the panel which included the National Cyber Security Advisor in the Ministry of Communications from Ghana Rd. Albert Antwi-Boasiako, Sitigas Rokas Information Security Advisor and International Manger, NRD CS Lithuania, Dr. Martin Koyabe, Technical Support and Consultancy (TSC) Manager Commonwealth Telecommunication Organization Kaitibi revealed that the leadership of the Ministry of Information and Communications is so passionate about policy initiatives and implementation as well as the protection of data.

He said when he was recently appointed by President Julius Maada Bio to serve as Deputy Director General of NATCOM he and his boss ensured that they guided the Ministry of Information to develop a policy geared towards combating cyber-crime which the Minister in turn forwarded to the Law Officers’ Department of Sierra Leone for the finalisation of the drafting of a bill which will soon be sent to Cabinet for deliberation and later to the House of Parliament for approval for it to become Law.

He said as a country and Commission they are quite aware of the use of ICT especially the internet and underscored that for the past months, they have been working with internet and mobile operators to ensure that the latter embark on re-registration of SIM cards used by various subscribers across the country.

Mr. Kaitibi impressively captivated the other experts from the different Commonwealth countries when he disclosed that they are working closely with service providers to ensure that they develop a short code which will enhance their efforts in tracking down fraudsters who are in the habit of putting fake calls through to strangers and extorting monies from them doing so clandestinely with the primary motive to deprive them.

He said the short code will make it possible to get quick response during incidences when mobile fraud is being committed.

He further dilated on the various initiatives that are being rolled out to capacitate the staff of NATCOM saying it includes training sessions, workshops and short course out of the country. “With a well-trained staff we believe the Commission will perform effective and efficiently,” he stated.

Kaitibi was commended by the other panellists for the commendable strides the Commission has so far made in trying to combat cyber and sim box fraud.