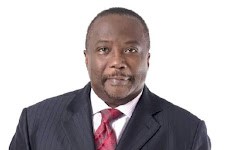 The Campaign Team of APC strong man and former Ambassador to the Republic of South Korea has officially stated in a Press Release that Ambassador Golley will be officially declaring his intention to lead the APC party to the 2023 elections. Read Press Release on Page..

We are pleased to officially launch the Ambassador Omrie Golley Campaign bid for All People’s Congress (APC) Flagbearer ahead of the party’s National Delegates Convention (NDC).

Ambassador Omrie Golley comes into the race with a mission to promote and sustain peace, reconciliation and meaningful dialogue as the party prepares to return to governance in 2023.

With an enviable track record as a top performer and veritable servant of the State as well as his dedication to peace and national cohesion, Ambassador Omrie Golley will become a viable alternative for stability and progress in the APC.

In the next few days, the Former Ambassador to South Korea will be making an official declaration.