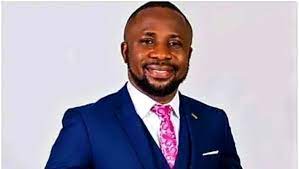 In an Advisory Opinion by Rashid Dumbuya Esq, the Executive Director of LEGAL LINK and Award Winner, of the Most Outstanding Lecturer in the Faculty of Law, FBC -2020/21,  courtesy of ASA-USL AWARDS, he stated that as an academician himself, a potential PHD candidate and one who is currently serving as a Lecturer of law in the University of Sierra Leone, Fourah Bay college, he is overtly disappointed not only in the up-shoot of fake academic institutions in the country but also in the failure of State institutions to prevent the unfortunate situation of people being awarded with fake ‘Mango Tik’ degrees in Sierra Leone.

He continued that while many commentators may have succeeded in turning the unfortunate incident into comic relief, he made bold to call on all and sundry to cease from the jestings for once and evaluate the implications that such a travesty might bring upon the nation’s academic standing as well as the pursuit of future academic studies overseas at whatever level.

According to him, he will endeavour to objectively and contextually analyze the unfortunate situation showcasing the potential harm that might befall academics in Sierra Leone if not urgently addressed in a holistic way.

He stated that in many countries across the world today, particularly Africa, the mad rush for postgraduate degrees/education coupled with the associated benefits and significance that come along with it, has been the very precursor that has led to the demise of quality education in recent times within the African continent.

Lawyer Rashid maintained that while some countries have however made significant improvements towards the pursuit of quality education, it is no gainsaying to opinionate that Sierra Leone is still lagging behind in many aspects.

He said as a matter of fact, Sierra Leone has made significant retrogression over the last decade in ensuring quality education to its population in a sustainable way.

“The reasons for the sporadic decline in quality education over the years in Sierra Leone could be attributed to many factors,” Lawyer Rashid said maintaining that chief amongst many are the poor remuneration of teaching staff, overcrowding in class rooms, lack of technology and infrastructure, corruption, untimely budgetary support and subsidies from Government and weak internal management and controls to name but a few.

He stated that but of much more significance is the outright failure of oversight institutions to effectively carry out their mandate in ways that will help sanitize the academic environment and ensure quality education in the country.

The versatile Lawyer said it was against that backdrop of comprehensively addressing the retrogression of standards and quality in tertiary education coupled with the existence of mushroom colleges and universities all over the country that influenced the establishment of the TEC framework.

Amongst many other things, he furthered, the Commission’s mandate is geared towards ensuring standards and quality in the operations of tertiary academic institutions as well as the provision of educational services to the people of Sierra Leone.

He pointed out that the TEC was established through an Act of Parliament to carry out this sacred function within the academic landscape in Sierra Leone.

Lawyer Rashid underscored that in its legal framework of 2001 and the accompanied Regulations of 2006, TEC is not only given the task of granting licenses and accreditations for the operations of tertiary institutions in the country, it also enjoys wide range of powers to reject, withdraw, null and void degrees and impose sanctions on tertiary institutions that fall below expectations in terms of standards and quality especially in their delivery of tertiary educational services to the people of Sierra Leone.

He then asked the question: Has TEC failed in its regulatory and oversight function regarding the curtailing of facade tertiary institutions in the country?

The Legal Link Executive Director stated that while it may not be correct to state that the TEC framework has not realized any success since its establishment, from a cursory assessment of the current status quo however, it stands to reason that not much can be truly accounted for by the TEC in terms of effectively regulating the operations of mushroom colleges/ universities and their awarding of Mango Tik’ degrees to gullible buyers in the country.

In giving an instance, he underscored that the prolonged existence of Dominion Christian University and the African Graduate University in the country, awarding such degrees to the vulnerable population in an unhindered way are good examples to substantiate that TEC is ineptitude.

He said furthermore, their contributory negligence becomes even more repugnant when construed in the light of their very admissions that these so called universities had longed applied to them and paid the requisite application fees for accreditations and licenses to operate as degree granting institutions.

Quoting one of the Senior Management officers of TEC from a piece he sent out on social media regarding the awarding of Mango Tik PhD’s by Dominion Christian University few days ago, he had this to say:

“In 2020, our attention was drawn to a graduation ceremony by a so called Dominion University located at Waterloo. We invited the officers to the office and instructed them to close shop or apply for consideration as a Category C institution. They agreed, hence the purchase of an application form. The then Executive Secretary acknowledged receipt of their payment. They paid 5m to purchase the form…they went away only to surface about a year after to submit the form and requested for evaluation for which 6m was paid…In January this year, they deposited the completed application form….they were to be considered along with the next cohort in April. They have not been evaluated, hence not registered or accredited…”

Lawyer Rashid said from the above excerpt of the Senior Management officer of TEC, it is clear as crystal that grave lapses exist on the part of the TEC particularly in being proactive and speedy in dealing with such applications for accreditations made by tertiary institutions.

He said without necessarily imputing a defence for Dominion Christian University ( DCU), it is indisputable that the delay and acquiescence from TEC to speedily evaluate and make a determination as to grant or not grant accreditation to the above institution created a vacuum that DCU corruptly exploited to their advantage at the expense of gullible PhD thirsty Sierra Leoneans.

The erudite Lawyer continued that if in two years, the TEC is seen unable to make a concrete determination as to whether a tertiary academic institution should or should not be accredited, then it reveals the extent to which the TEC itself may either be handicapped in terms of men and money or infrastructure and technology in the carrying out of their tasks and functions.

He said also TEC was complacent and cavalier in allowing the African Graduate University operate in the country conferring “Mango Tik” PhD degrees to top Government officials without much condemnation and reprisals from them speak volumes of TEC’s selectiveness, insensitivity and contributory negligence to the problem at hand.

He asked another question: Are there any implications on future post graduate studies outside Sierra Leone?

He stated that no doubt, the ugly state of affairs will have cataclysmic effects on students intending to pursue postgraduate studies outside of Sierra Leone in the not-too distant future.

Based on what he said, with such a negative rumor permeating the electronic, print and social media platforms the world over, Universities in the West in particular, will certainly raise unnecessary doubts, questions and suspicions on the certificates and degrees of all intending applicants from Sierra Leone tendered for admission into their institutions of learning.

He went further to state that in some extreme situations, qualified applicants may still be subjected to further examinations or independent assessments before admission or recruitment can be guaranteed.

“This kind of treatment would certainly be embarrassing for Sierra Leonean students and may even serve as a disincentive to the pursuit of postgraduate studies outside of Sierra Leone by many people,” he lamented adding that an attempt by overseas academic institutions to question the degrees and certificates awarded in Sierra Leone will by extension impugn the integrity of the nation of Sierra Leone and its people.

In proffering recommendations Lawyer Rashid stated that to effectively mitigate the negative impacts of the unfortunate situation both in the short and long term, there is need for certain recommendations to be urgently considered.

He suggested that TEC should first apologize to the academic community and the nation as a whole for being cavalier in the execution of its mandate to effectively regulate the operations of tertiary institutions in the country, thus leading to this national embarrassment of our nation and its people.

That TEC should further adopt a more proactive approach and increase its speed in dealing with accreditation applications that come before it from tertiary institutions. Delay defeats equity.

Also, TEC should also endeavor to always make clear to the general public the status of all tertiary institutions in the country, stating those who can and cannot award certificates, degrees or post graduate degrees.

That such a comprehensive list of tertiary institutions must be kept in TEC’s data base and published annually in the Commission’s website to circumvent the challenges of access to information by the public.

Defaulting tertiary institutions must be seen to be properly dealt with and openly reprimanded by TEC either by way of suspension, withdrawal of license and accreditations, nullification of degrees awarded and or the taking of prosecutorial actions against them.

That TEC must also punish individual students who enroll into these institutions without cross-checking their accreditation status from TEC by naming and shaming them openly, declaring their degrees null and void and also jointly prosecuting them for conspiring with such academic fraudsters in duping the people of Sierra Leone.

TEC must ensure that its decision to grant or not grant accreditation to tertiary institutions intending to operate in the country as degree awarding institutions are not influenced by political or trivial factors but by merit, competence, and quality assurance.

That the Ministry of  Technical and Higher Education should ensure to provide effective oversight on TEC and work with the Commission in a more collaborative way to enhancing quality assurance and standards within the operations of tertiary institutions in the country.

The Government of Sierra Leone should ensure that TEC is provided with adequate manpower, skills and resources to be effective in the discharge of its mandate over tertiary institutions in the country.

In concluding, Lawyer Rashid stated that it is no gainsaying to opinionate that the recent awarding of PhD degrees under a mango tree in Sierra Leone undermines the President’s quality assurance drive within the educational sector in Sierra Leone in a devastating way.

He maintained that if the negative impacts of the ugly situation is to be quickly overturned and the country’s academic standing in the world restored again, it may require all Sierra Leoneans to put aside the jestings and demand that the Ministry of Technical and Higher Education, TEC and the Government of Sierra Leone float out the above recommendations as soon as possible.