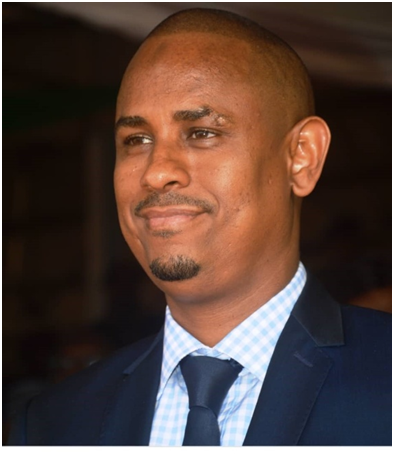 There was a serious standoff in Parliament last week over the Public Elections Act 2022.

It must be recalled that Parliament was set to debate the Public Elections Act 2022 but from the onset, the debate reached a deadlock as the main opposition APC Party was vehemently against debating the Act in its entirety seeing it as a calculated ploy on the part of the ruling SLPP to have an upper hand against all other opposing parties vis-à-vis the forthcoming Presidential and Parliamentary Elections slated to take place next year, 2023.

Leader of the Main APC Opposition Party, Hon. Chernor R.M. Bah, at the initial stage of the debate, noted that there are many portions of the Public Election Act 2022 that attempt to alter the constitution indirectly without the relevant Constitutional Instruments which, according to him is not the right procedure.

Along that line, he said the Main Opposition APC will not participate for the second time in a row in the debate maintaining how the main opposition party is fiercely against proposed changes that are to be made in the Public Election Act.

The key argument of the main opposition All Peoples Congress (APC) relates to concerns about attempts to amend the Constitution through the back door vis-à-vis the General Elections.

Some of the specific sticking points raised by the opposition include the following: First, while Section 32 (8) of the Constitution provides that the Chief Electoral Commissioner (CEC) could be removed due to misconduct, the Public Elections Bill, which seeks to “Repeal and Replace the Public Elections Act 2012”, in Clause 5 (1a), wants the removal of the CEC to be done for “gross misconduct” but without any definition of what that means.

Secondly,  that Section 76 (1b) of the 1991 Constitution provides that public officers should resign twelve months before an election. The Bill, according to a PowerPoint presentation to the Pre-legislative Committee, reduces the length of time from twelve to six months.

It is worthy to note that several elements of the proposed Public Elections Act 2022, relate to voter registration. Clause 13(1)(a)(i) states that, “There shall be a national register of voters to be known as the “Register of Voters” which shall contain national identification numbers….”

Some members of the public, civil society, the media and APC MPs, have expressed concern that such a requirement will disenfranchise a considerable number of voters.

Such is in view of the fact that majority of Sierra Leoneans did not register with the National Civil Registration Commission (NCRA). Given the limited time between now and the June 2023 General Elections some observers believe that NCRA doesn’t have the capacity to conduct such a nationwide registration to allow for the critical voter registration to be generated by the Electoral Commission.

Also, in Clause 57(b) of the same proposed Bill there is an attempt to reintroduce the Proportional Representation (PR) or Block District System by extrapolating Section 38A of the Constitution as amended in (2001). It is said such is done in a way that favours the PR system even when constituencies exist. The said provision in the extant Constitution provides that:
“Whereas under any law for the time being in force, a date for a general election of Members of Parliament has been appointed but constituencies have not been established in accordance with Sub-Section (3) of Section 38 for the purpose of such election, the President may, after consultation with the Electoral Commission, direct that such  election shall be conducted on the basis of the existing districts in a manner to be known as the district block representation system instead of constituencies.”

It is said that the operative clause to note in that provision is, “whereas under any law for the time being in force, a date for a general election of Members of Parliament has been appointed but constituencies have not been established in accordance with Sub-Section (3) of Section 38…”

In the view of the APC, at this material moment, constituencies do exist and so, consideration of the PR or district block system is superfluous and totally irrelevant.

Leader of the Opposition in Parliament, Hon. Chernor Maju Bah, therefore insisted that if the SLPP led political administration wishes to amend the Constitution they should come before Parliament with the appropriate instrument insisting that such an important instrument must be exhaustively dealt with before proceeding with the proposed Bill which is attempting to amend some critical constitutional provisions.

On that basis, Hon Chernor Bah urged the Speaker not to allow the House to proceed with the Second Reading of the controversial Bill saying that to proceed would amount to putting the cart before the horse, as well as an attempt to amend the constitution through the back door.

However, the Leader of Government Business in Parliament, Hon. Mathew Sahr Nyuma stated that the House should proceed with the Second Reading of the Bill because the specific Bill to amend the 1991 Constitution will be tabled in Parliament soon.

At the same time, the Leader of Government Business and other SLPP Members of Parliament made a dramatic U-turn regarding the presentation of the bill by the Electoral Commission of Sierra Leone. Nyuma told Parliament to discountenance the NEC presentation because the clause about the length of time public servants are required to resign before an election is not included in the proposed bill.

Reacting to that serious inconsistency, Hon. Chernor Bah said: “… it means that the House was misinformed and misled by NEC through that presentation to the Pre-legislative Committee.” The opposition leader further asserted that, “this is even the more reason why we should deal with the instruments before coming to the Second Reading because this Bill is a suspect”.

According to a school of thought, the main opposition APC is not alone in its opposition. On the 13th January 2022, during the launch of the Government White Paper on the Constitutional Review Process to President Julius Maada Bio at State House, Speaker of Parliament, the Rt. Honourable Abass Chernor Bundu, emphasized that it was best for Sierra Leone that recommendations relating to amendments to the Constitution be deferred until after the 2023 general elections.

The thrust of the Speaker’s statement then was that constitutional amendments of provisions such as the ones being proposed in the Bill under review would require a Two Thirds majority. For the Speaker, given the chasm between the opposition and the ruling party, it is farfetched to assume that such a consensus could be achieved.

“The Constitution cannot be amended indirectly, there has to be a bill whose purport should be for that purpose,” the Speaker said at that time.

According to Hon Chernor Bah, Leader of the Main Opposition, proceeding with the Second Reading of a Bill, which will potentially modify certain provisions of the extant constitution, without procedurally exhausting the debate on the instruments relating to the Bill which the Leader of Government Business promises to bring to Parliament, will bring back bad memories of the passing by ambush of the COVID -19 State of Emergency Bill. That Bill, Hon. Bah argued, was passed into law without the rules and procedures relating to that emergency.

“We are allowing that to happen again,” the Opposition Leader raised a cautionary voice.