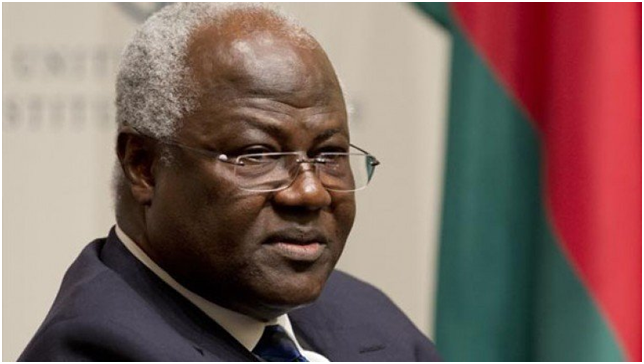 The Court of Appeal, presided over by Hon. Justice Fatmatta Bintu Alhadi (JA), has reserved judgment on the appeal made by erstwhile President Dr. Ernest Bai Koroma’s against recommendations by a Commission of Inquiry (COI) . The court arrived at that decision after listening to the closing arguments by the Counsels representing both the Appellant and Respondent.

They also sought a declaration from the court voiding the acceptance of the Government White Paper dated September 2020, on matters affecting the former President as a Person of Interest and enter a judgment in his favour.

On their first ground of appeal, the Lawyers for the Appellant argued that the Sole Commissioners; Hon. Justices Bankole Thompson Biobelle and Georgewill erred in law when they failed to consider and apply the Head of State Immunity clause as provided under Section 48(4) of the Constitution of Sierra Leone, which gives the President immunity against the commencement or continuation of civil or criminal proceedings against the person holding the office of President.

As part of the former President’s defence, his lawyers further argued that the Sole Commissioners erred and without authority, indicted and tried the Appellant for the offence of Abuse of Office and corrupt acquisition of wealth, a power that was not conferred by the Constitutional Instrument 64 that established the Commission.

In addition, the lawyers stressed that the Sole Commissioner erred and misapplied the law to the facts when he opined that, “This Commission has critically reviewed, appraised and considered the totality of the evidence of the State against the Persons of Interest and finds that the unchallenged evidence of the State has made out a prima facie case against all of the Persons of Interest.”

They affirmed that the adverse findings against the Appellant, cannot be supported by the evidence presented and challenged.

In his final submissions on behalf of the State in response to the Appellant’s Lawyers, the Solicitor General, Robert Baoma Kowa argued that Section 48 (4) of the 1991 Constitution states that, “while any person holds or perform the functions of the office of the President, no civil or criminal proceedings shall be instituted or continued against him in respect of anything done or omitted to be done by him either in his official or private capacity.”

Meanwhile, the Court of Appeal had earlier ruled that a former President is not immune from prosecution, stating that Section 48 (4) is very clear on the issue of immunity for only serving President.

Lawyer R.B.Kowa called on the empanelled Hon. Justices to dismiss that ground of appeal and afford the Appellant the opportunity to proceed to the proper jurisdiction for adjudication and determination.

According to R.B.Kowa, the Chairman/Sole Commissioner was not given the mandate to interpret the 1991 Constitution of Sierra Leone. He submitted that he was only bound by the Terms of Reference stated in Section 4 of the Constitutional Instrument No. 65 of 2018, which was to investigate persons who were President, Vice President, Ministers, Ministers of State and Deputy Ministers within the period November, 2007 to April 2008.

Referencing the submissions by the Appellant’s Lawyers (Joseph Fitzgerald Kamara, Ady Macaulay and others), R.B.Kowa pointed out that they have failed to substantiate “the ground of appeal with the relevant particulars and facts backed up with legal arguments. The arguments of the Appellant seem to be a drift as against his ground of appeal.”

He further submitted that the Commissions were set up to investigate whether persons who were in control of Government resources did act willfully, dishonestly, complacently or abused their offices for private benefits that caused financial loss or damage to the Government and people of Sierra Leone by their actions and inaction.

He said the Appellant (former President Koroma) did fall under the categories of persons that are to be investigated pursuant to Section 4 (a)-(c) of the Constitutional Instrument No. 65 of 2018.

Arguing against the claim of the Appellant that the Sole Commissioners erred to have tried or indicted their client for corruption offences, R.B.Kowa argued that the Appellant failed to show proof that he was tried for the offences stated in his appeal, rather than that he was investigated pursuant to Section 4 of the Constitutional Instrumental No. 65 of 2018. He therefore submitted that the Judges did not proceed to put the Appellant on a criminal trial and that the proceedings did not in any way constitute a trial nor, did they proceed with their investigations pursuant to the Anti-Corruption Commission Act of 2008.

He continued that the Commissioner was correct in his fact-finding and in law that the Appellant was in control of pecuniary resources of property disproportionate to his official emoluments and also maintained a standard of life above that which was commensurate to his official emoluments which is supported by evidence before the Commissioner in respect of property situate and being at Robureh, Makeni, Bombali District in the Northern Province of the country. The total cost of the said house only, they argued was USD 2,522,930 while the extra work costs USD 1,209,500.

The State canvassed the Court that the evidence before the Commissioners in respect of the allegations were uncontroverted which led to the publication of its complete report by the President pursuant to Section 149(2) of the Constitution of Sierra Leone, contrary to what the Appellant claimed.

At the close of their submissions, the Presiding Judge, Hon. Justice Fatmatta Bintu Alhadi in agreement with the other two Judges

informed both parties that notices would be sent to them on the final date for Judgement for the two Appeals.