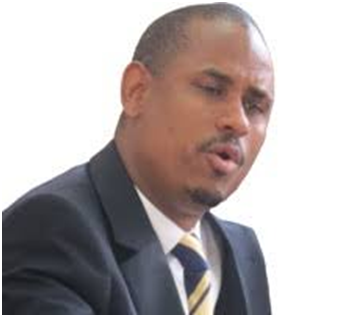 In a Press Statement issued by Hon. Chernor R.M Bah (Chericoco) Leader of the Opposition in Parliament dated Monday, 21st November, 2022 he stated that on Thursday 17 November, 2022, the Electoral Commission for Sierra Leone (ECSL), published what it calls ‘Voters Registration Analysis’, associating figures to districts and regions.

He continued that in that same 17 November publication, ECSL informed the public about figures it claims relate to ‘New Registration’, ‘Confirmed Registration’ and ‘Double registration’ but again only in terms of districts and regions.

According to the Parliamentary leader ,it is ,however,  unclear how the ECSL arrived at the figures under those categories, particularly how the Commission arrived at deleting over 250,000 registrants on account of ‘double registration.

He argued that the fact that majority of the deletions reportedly occurred in areas where the APC draws its strongest support is a cause for concern and thus; the APC would be constrained to accept those figures under the circumstances.

The honourable Member of Parliament said the public may recall that in his press statement of 10 September 2022, following the first phase of the Voters Registration process; and in his October 2022 follow-up letter to the Chairman of ECSL, at the end of the second phase, he urged ECSL to engender public and stakeholders’ confidence in the credibility of the electoral process by demonstrating inclusiveness, transparency and cooperation with stakeholders.

He continued that additionally, during his personal engagements with the leadership of the Commission, he also urged ECSL to provide a breakdown of the voters’ registration by centres.

Hon. Chernor R.M Bah lamented that it is therefore disappointing that the ECSL has neither acknowledged nor acted upon the repeated requests he made on behalf of the main opposition All Peoples Congress (APC) and in his capacity as Leader of the Opposition in Parliament.

According to him, the lack of cooperation and responsiveness is concerning adding that also concerning is the fact that the ECSL similarly disregarded the protestations about the lack of clarity relating to the entire Voters Registration process made by the APC representatives in the Political Parties Liaison Committee (PPLC).

He said in particular, the ECSL ignored their representatives’ concerns about how it (the ECSL) arrived at the huge number of over 250,000 which it says represents the number of ‘double registration’.

Regarding the district and regional tally announced by the ECSL on Thursday, Hon. Chernor R.M Bah said compared with registration figures of 2017, he noted a considerable increase in ‘New Registrations’ in the South, East and Western Rural regions.

He said at the same time, there is significant decrease in registrants in the Northeast, Northwest and Western Urban regions maintaining that such dramatic demographic shifts clearly warrant inter-institutional dialogue and the willingness to provide required clarifications.

Hon. Chernor R.M Bah stated that in view of the mistrust that appears to have characterized population figures emanating from the controversial Midterm Housing and Population Census versus the School Population Census and the highly problematic voters registration exercise and in the interest of transparency and credibility of the electoral process, it would have been expedient for the ECSL to accede to the calls for the centre – by – centre analysis of the registration figures as there could be no better way to verify the accuracy of the figures they are being inundated with.

He said the refusal by the ECSL to avail the public, the APC and other parties with the centre – based breakdown of what essentially should be public information, only subscribes to their position that the figures published may not have been the true reflection of the voter registration exercise.

Additionally, Hon. Chernor R.M Bah said it is also his considered view that the five days allocated for the voter verification exercise as per the ECSL’s 14 November, 2022 public notice, was inadequate.

He said that is particularly so in the absence of a centre -by- centre breakdown of both the registration figures and the over 250,000 registrants the Commission says it has deleted.

He also stressed that the lack of consultations on those critical actions, timelines and ECSL’s refusal to publish the registration figures by centre would suggest that the Electoral Commission intends to conduct such important elections without due reference to the concerns of the main opposition party.

Hon. Chernor R.M Bah reiterated that the failure on the part of the ECSL to provide the necessary access to the main opposition APC and other parties to verify the figures generated for elections in Sierra Leone undermines the trust of their party in the process.

He said consequently, as the Leader of the APC in Parliament, and as the Opposition Leader in Parliament, he would like to notify the ECSL that in the absence of the centre -by- centre breakdown of registration figures, including the breakdown of registrants deleted, his party would demand for an independent audit of the voter registration process and the figures that emanated from it.

The Parliamentary Leader said away from the registration numbers, he has been intimated about a proposal to enlarge Parliament to 135 seats and that the instruments seeking to change the electoral system from constituency based to proportional representation have been sent to Parliament.

He said as far as he is aware, none of those are before the House adding that should they be brought before them, the APC will stand on its existing position on the PR system and will address the proposed parliamentary enlargement accordingly and in the best interest of the people and country.