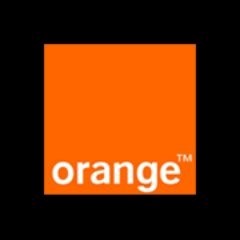 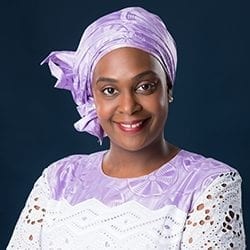 Orange is one of the leading telecommunications operators in the world, present in 29 countries with 154,000 employees worldwide. Orange operates in about 20 countries in Africa meaning that one in every 10 people is an Orange customer.

Since the inception of Orange operations in Sierra Leone, the company has invested about $112 million dollars in the areas of network modernization and expansion; human resource as well as corporate social responsibility in the last two years.

The company has further invested about $96 million dollars in modernizing and expanding its network infrastructure. This investment has resulted to the construction of about 94 new sites mainly in the rural areas, the modernization of the company’s passive infrastructure and active RAN equipment, the replacement of all core equipment, the implementation of a new intelligent network platform for prepaid billing management; the establishment of a new switch to handle voice traffic, a new packet core for the internet traffic and the launch of a new Data Centre.

This exceptional and incomparable work done so far, has resulted to the connection of about 925 new localities with thousands of Sierra Leoneans now accessing data, voice and financial  services for the first time.

In respect of human resource, Orange has invested about $16 million dollars in the last two years. The company prides itself in capacity building by ensuring that its employees benefit from soft skills, technical and leadership trainings. The company nurtures talent from on-boarding; ensures retention and provides exposure opportunities to other Orange affiliates.

Orange being a multi-service provider and a responsible corporate citizen places emphasis on corporate social investment. In the last two years, the company has invested about $ 400,000 dollars mainly in the areas of women empowerment, health, education and the environment.

Orange remains the first operator in Sierra Leone to contribute to the government’s Free Quality Education (FQE) agenda by pledging the sum of $1.5m in material assistance over a period of five years beginning from 2019.

In honour of its pledge, the company recently launched five major projects under its FQE initiative as follows:

Orange also recently launched the first Coding School in Sierra Leone in partnership with the Directorate of Science, Technology and Innovation (DSTI) with an estimated cost of about Le2.75 billion ($308,000).

The coding school is scheduled to commence in December 2019 with an aim to train youths in coding and other software skills in readiness for the country’s digital transformation, to foster entrepreneurship, reduce unemployment and develop the country’s innovation ecosystem.

As part of the company’s strategic ambition for Sierra Leone, Orange is present in the country with a strong industrial project that will lead to invest significantly to cover most of the population in the country with telecoms and mobile financial services. This is why orange is committed to invest additional $24 million dollars this 2019 to build 55 new sites, and to extend its 4G Services to the rest of the country.