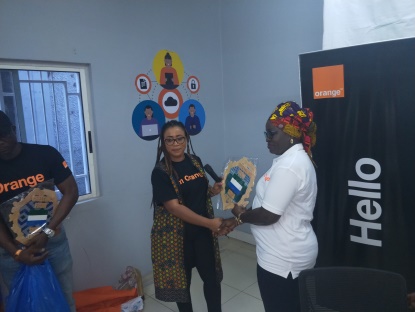 One of the leading GSM mobile operators in the country, Orange-SL, has on Saturday 16th November, 2019 hosted their counterpart Orange Senegal (Sonatel) in a Football friendly match between the two countries at the SS Camp Playing Filed in Freetown. Orange Senegal the visiting team defeated the host team Orange SL 2-1.

In her address to participants, Annie Wonnie Katta, Public Relations Officer of Orange SL, expressed warmest appreciation, on behalf of her colleagues, to the visiting team Orange Senegal (Sonatel), adding that this will serve as a way of strengthening networking between the two sides.

She emphasized that such an exchange will also redefined# the negative perceptions outsiders have about Sierra Leone as a country of war, Ebola, Mudslide, blood diamonds etc. She added that this is what the international world portray about Sierra Leone and forced to believe further underscoring that through this visit it will enlighten them to rather see Sierra Leone as a united and peaceful nation.

He noted that such a venture is not only timely but really important to the both sides.

She encouraged staff of Orange Sierra Leone to make use of this opportunity by networking with staff of Orange Senegal saying it will broaden their understanding not only in terms of the football but also on other developmental issues.

President of Sporting Association, Sonatel, Ibrahim Seye expressed gratitude to Orange Sierra Leone for the warm welcome adding that this shows that they are really a family.

He said that the visit will help them to interact with their colleagues disclosing how they have 500 members of staff working for Orange Senegal. Seye pointed out that the tour is the starting point of paying visits to their colleagues in other countries and Sierra Leone is fortunate to be the first country they have visited.

He said that Orange Senegal wants to build a coalition with other Africa countries where Orange operates. 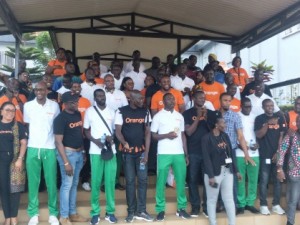 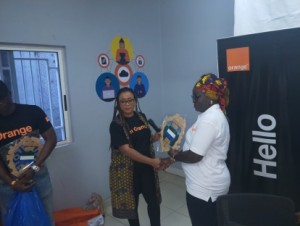 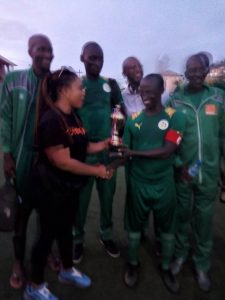