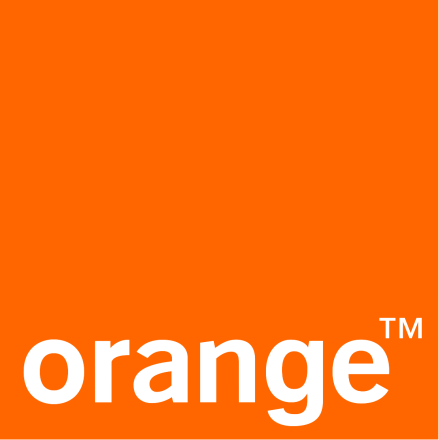 Just within few months in this year (2020) the country’s leading telecommunications company, Orange Sierra Leone, has rolled out various projects geared towards enhancing the standard of education in the country and more especially to give a thorough boost to the Free Quality Education initiative that was launched by the SLPP Government under the leadership of President Julius Maada Bio currently benefitting pupils in primary and secondary public schools.

The projects are also aimed at bringing communication closer to the doorsteps of many at affordable rates as well as in fulfillment of the company’s Corporate Social Responsibility some of which are complementing Government’s development interventions.

The latest of these projects that the company recently launched is the Super Coders Scratch Project. This latest project is aimed at helping children make their own interactive Stories, Animations, Games, Music, and Art. Scratch has large collections or Libraries of cool graphics and fun sounds to play around with, which enables children to solve real life social issues through coding and animation.

Commendably, the company in partnership with the Ministry of Basic Secondary School Education, ST Foundation Bridge the Digital Divide-Sierra Leone on Wednesday 19th February 2020 first commissioned the Super Coders Project at the Annie Walsh Memorial Secondary School in the East End of Freetown and on Monday 21st February 2020 they also unveiled the Super Coders Scratch Program at the Albert Academy on Berry Street.

During the commissioning of the project the Chief Executive Officer of Orange Sierra Leone, Aminata Kane Ndiaye, disclosed that Orange, being a multi service provider and a responsible corporate citizen places emphasis on corporate social investment.

She furthered, “Orange in partnership with the Ministry of Basic and Senior Secondary Education (MBSSE) designed five projects. One of such projects is the Super Coders Scratch Program in which Orange in partnership with ST Foundation intends to introduce ICT training on basic coding for children in 100 Secondary Schools with existing ICT labs over a period of five years.”

Orange, mindful of not limiting itself to the implementation of the Super Coders Scratch Program in Freetown also decided to take the project to the provinces. On Tuesday 25th February 2020 they launched the Super Coders Project at the Harford Secondary School for Girls in the Moyamba District.

With the heightened determination to simplify communications and make pupils and students to have increased access to the internet for educational purpose, on Tuesday 25th February 2020, Orange SL launched the Spak Bundle Project otherwise known as Student Pack at the St. Joseph Convent Secondary School compound in Freetown.

During the launch the Mass Marketing and Bundle Executive Project Leader –Student Pack, Orange SL, Sheik Omaru Jalloh disclosed that the project is specifically meant for school going children and those attending tertiary institutions, furthering that as an institution they carried out a perception survey which was conducted in January 2019 in order to identify the problems associated with students trying to access the internet.

He revealed that they thought it fit to officially unveil the students’ pack offer so that students all across the country could benefit from it. He stated that they furthered how pupils and students in both schools and tertiary institutions will have the opportunity to enjoy cheaper data bundles at affordable prices for internet browsing.

It could be recalled that Orange Sierra Leone, being the foremost telecommunications company operating in the country committed itself towards giving assistance to the Government’s Free Quality Education Programme since August 2018 when the company unveiled its free quality education packages as part of rolling out the company’s corporate social responsibility. The company pledged $1.5 Million material assistance to Free Quality Education Program.

It is on record that in 2019 Orange Sierra Leone, collaborating with the Ministry of Basic and Senior Secondary School Education launched and rolled out sanitary pads to secondary school going pupils which came to an end on the 4th November, 2019 after dishing out two thousand (2000) menstrual hygiene packs to twenty targeted schools across the Western urban and rural areas.

The distribution process started at the Government Technical Secondary School in the West End of Freetown through to Vine Memorial, Rokel, Model, Tombo, Peninsula, Municipal, Ahmadiyya, St. Helena, Independence, FAWE Waterloo, Laura Dove, Murray Town Army and Services Juba Secondary schools, amongst others. Each of the twenty schools that were visited received one hundred packs with the items handed over to the school authorities.

Orange-SL, in this same year will launch and roll out Solar Kits for school children in the rural areas of which 1,000 solar pack kits will be distributed over a five year period to 200 villages without grid to be covered per year saying they will install them in local libraries/community centers/schools etc. in which 100,000 people are expected to benefit from.

So far Orange SL has really demonstrated that it is a true development partner and is very passionate about enhancing the standard of education in the country. It could be safely concluded that if within the shortest period in this year Orange SL has launched these two important projects which will impact positively on the education of pupils and students then it is certain that the company is committed to completely fulfil its pledge and at the same time take communication to a higher level.