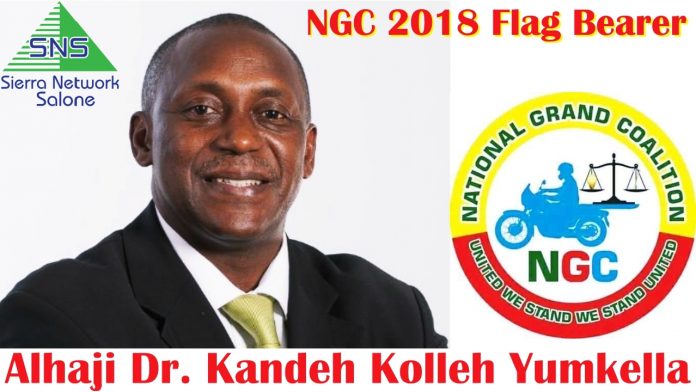 On Tuesday 26th March 2019 the House of Representatives debated and approved the Thirtieth Report of its Committee on Appointments and the Public Service, chaired by the Leader of Government Business, Hon. Sidie M. Tunis.

Speaking to the nominees after approval, the Presiding Speaker of Parliament, the Rt. Hon. Segepoh Solomon Thomas said he had no doubt in their potentials to make the country proud. He specifically appealed to Mr. Edmond Alpha, the Electoral Commissioner-Southern Region to do this nation proud by proving his critics wrong, having regard for his contentious nomination and approval by Parliament. Recalling his role in the approval of the current Anti-Corruption Czar, Francis Ben Kaifala whom he said is doing exceptionally well today in the discharge of his duties; he called on Edmond Alpha to do same.

Seconding the motion, Hon. Emilia L. Tongi, an Independent MP from Kailahun District described the nominees “as fine and exceptional”, adding that the “right direction is the correct direction”. She also congratulated Hon. Sahr Fatorma and described him as one of the “luckiest” persons in the country. She called for justice to be taken to her constituency where a lot of women are suffering from injustice and other forms of domestic violence.

Speaking on behalf of the opposition APC before the walk-out, Hon. Lahai Marah congratulated all the presidential nominees, save for the Electoral Commissioner-Southern Region. He also said that “as a person, he is qualified and we have no issue with him, but the Chairperson of NEC”, whom the APC had called for his resignation and withholding our participation in any activity relating to NEC. He also said that “the APC is of the view that the conduct of the recent bye-election in Tonkor Limba by NEC was marred with fraud and various discrepancies”.

Speaking on behalf of the NGC, its Leader, Hon. Dr. Alhaji Kandeh Kolleh Yumkella said “that the NGC does not have problem with any of the nominees”, whilst registering the concerns that had already been expressed by the Party in light of the just concluded bye-election in Tonkor Limba such as a judicial review of the whole process. He concluded by saying “that the NGC will not demonstrate any conduct that will disrupt the proceedings of Parliament”.

Concluding the debate, the Leader of Government Business, Hon. Sidie M. Tunis said “I will continue to negotiate and consult with the opposition parties, especially the APC, but that outside forces are influencing and constraining the work of elected MPs during the course of executing their duties”. He also assured the people of Sierra Leone “that they will get justice” in light of the recent approval of Supreme, Appeals and now High Courts Judges to ensure that justice is done and must be seen to be done”. In thanking NGC, C4C, PCMP, and Independent Members of Parliament for taking part in the deliberations of the House, he specifically called on SLPP MPs to be regular and always attend parliamentary sittings.