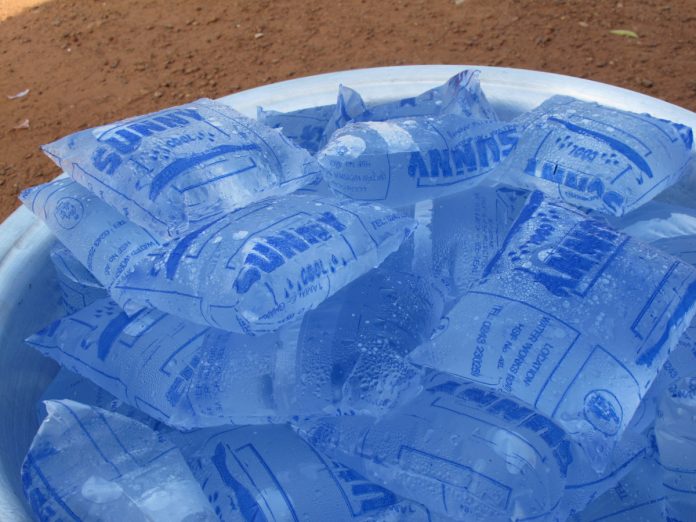 In a swift reaction the Sierra Leone Electricity and Water Regulatory Commission (SLEWRC) recently dew the attention to a notice released as well as radio and television appearances by the Salone Pure Water Packeters and Bottling Organisation (SPWPBO) on Tuesday 1st October 2019 informing the public of an increment in the price of a bundle of sachet water from Le 2,500 to Le 3,500.

Without mincing words, the Commission totally condemned the illegal act taken by the SPWPBO highlighting that the SLEWRC is the sole body mandated to approve rate for water and electricity services to consumers. Quoting Section 45 of an Act of 2011  the Commission stated: “No utility shall demand or receive any rate for service it provides unless the rate chargeable for the service has been approved by the Commission”.

In accordance with the above, the Sierra Leone Electricity and Water Regulatory Commission advised the public to consider the increase as null and void. It anchored that members of the organization engaged in a meeting on Wednesday 2nd October 2019 on the matter and they were summoned for further discussions at the Commission on Thursday 3rd October 2019 at 10.00am.

The Commission warned that in that vein any package water producer that attempts to proceed with an unlawful price for the sale of bundle/sachet water shall face the full penalties of the law as stipulated in Section 65 of the SLEWRC Act of 2011.