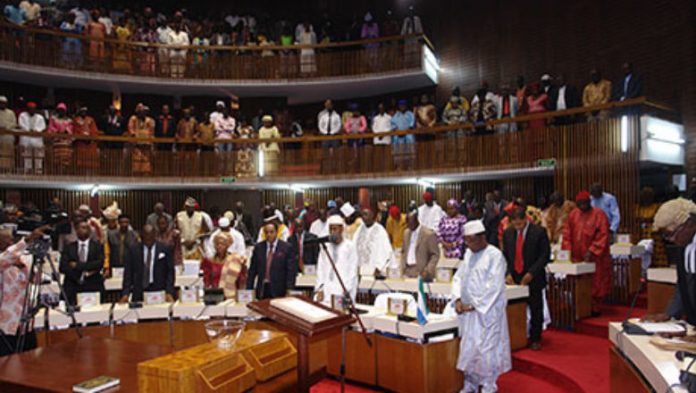 Reports of a road accident involving 3 members of Parliament who are among the delegation on a visit to Rwanda, was confirmed by Sierra Leone’s Parliament last Thursday. According to a statement from the office of the Clark of Parliament, the said incident which occurred in the morning hours of the day, involved Saa Emmerson Lamina, the head of the opposition Coalition For Change party in the House, Dickson Rogers of the ruling Sierra Leone Peoples Party and Hassan Priest Sesay of the main opposition All Peoples Congress. It also stated that all three men were responding to treatment.
Sheku Turay, Head of Department, Public Relations at the Parliament of Sierra Leone, confirmed the news.
He told this medium that the three MPs were part of a contingent of eight lawmakers currently on an official visit to Rwanda, namely: the Speaker of the House, Dr Abass Bundu, the head of the opposition bench, Hon. Chernor Maju Bah and a Paramount Chief MP from Moyamba District, Mrs Haja Fatmata Bintu Koroma Meama-Kajue.
The three MPs were said to be in a different car when the accident happened.
The Sierra Leonean delegation is in Rwanda on a five-day study tour of its parliament.
Reports in the local media in Kigali quoted Speaker Bundu as saying that they were interested in learning Rwanda’s experience in empowering women in decision-making, among others.
Rwanda and Sierra Leone share a common experience in terms of civil unrest.
While Sierra Leone underwent a brutal eleven-year civil war, Rwanda’s war culminated in the genocide of 1994 that claimed about one million lives. But the Southern African country has long moved on in terms of development at all levels, compared to the rest of the continent.
The Sierra Leonean delegation was scheduled to visit the Rwandan Genocide Memorial, among various other landmarks in the country, with a view to sharing best practices.