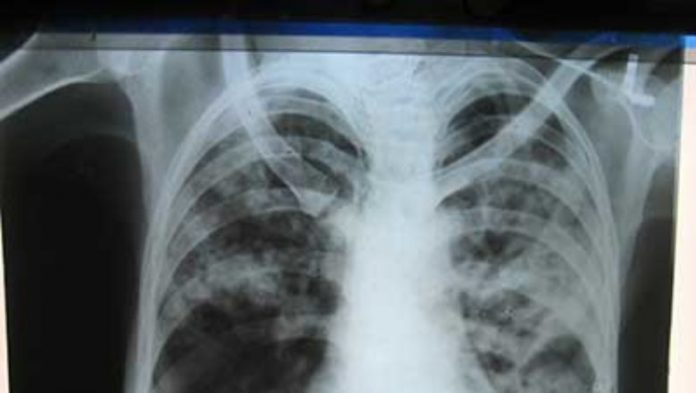 With the inauguration of an ultramodern laboratory at Lakka in Western Freetown last week, officials say will revolutionize diagnostics and treatment capacity of the bacterial disease in the country. This lab will accelerate the country’s response to Tuberculosis (TB), hospital sources said.

The lab facility, located at the country’s main infectious disease treatment center at Lakkah in the west end of Freetown, is categorized as a Level 3 Bio-Safe laboratory, and it is equipped with a Digital X-Ray machine which can diagnose the bacterial disease within 24 hours.
TB is a highly infectious disease which generally affects the lungs, but can also affect other parts of the body. Its most common symptoms are chronic cough and fever.
But sometimes victims do not show symptoms.
The disease is airborne and can be contracted via coughs and sneezes by infected people.
The disease is referred to as the sickness of the poor, because it mostly affects poor people living in squalid conditions.
TB is also ranked by the World Health Organization (WHO) as the 10th cause of death worldwide.
About 100 million people are affected with the disease annually, 10 percent of which are pediatric cases.
Sierra Leone has an estimated 23, 000 cases of TB, according to WHO figures, ranking it as one of the countries with the highest TB burden in the world.
Countries with more than 10,000 people with TB per year are considered high burden.
But the good news is that TB is a preventable and curable disease and in Sierra Leone a lot of people are being put on treatment.
According to the ministry’s figures, 17, 169 people were put on treatment last year and officials say there has been 90 percent treatment success.
Dr. Lynda Foray, Program Manager, National Leprosy and TB Control Program, lamented the lack of adequate human resources, which has hindered the country’s ability to, among others, conduct contact tracing, as well as stigma and discrimination of TB patients, as challenges to control the disease in the country.
A major issue for Sierra Leone is Multi-Drug Resistance (MDR) TB, which is currently estimated to be between 400 and 660 cases.
The new lab facility, according to officials, places the country in a better position to address MDR and other challenges.
It notably makes it the first country in the Mano River Union (MRU) and the second in the larger West Africa Sub-region after Benin, to have installed such an advanced technology in the treatment of TB.
The Civil Society Movement Against Tuberculosis, welcomed Tuesday’s development.
It’s Executive Director, Abdullai Abubacar Sesay, observed that not only is the facility providing advance technology which is needed to alleviate the suffering of TB patients, it has also made it easier for them in terms of providing free service.
While laboratory services for TB patients are charged in many other countries, in Sierra Leone it has been made free for us, said Mr Sesay.
“We are extremely happy and grateful to the Ministry of Health for having this lab because we know treating MDR TB is not an easy thing to do. So the lab will help diagnose people with TB faster now,” he said.