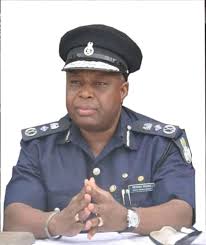 In the wake of the unfortunate and dastardly incident that took place on the 17 March 2019 at 20 Guard Street in the East End of Freetown during which a mobile phone dealer was allegedly overpowered, seriously beaten and wounded by an Indian national commonly called Romeo and two Sierra Leonean accomplices, many have interpreted it in different ways.
Some have hastily generalized that all Indians are evil or violent a view which indeed is totally erroneous. It is on record that the above-mentioned incident is an isolated case and as a matter of fact history can attest that Indians are not known to be people that are violent. For all what is known they are peaceful business people who are engaged in different business activities particularly selling imported goods on wholesale.
It is understandable that certain unscrupulous individuals may want to capitalize on such an incident to attack, vandalize and finally loot which was actually what these evil minded persons intended to do. They wanted to violently attack Indians in this country, assault them and rob them just because a single Indian, Romeo, was involved in the Guard Street incident.
Such a xenophobic intention is totally out of context when cognizance is taken of the fact that under international relations there is a strong bi-lateral tie between Sierra Leone and India. It is of course the onus of our Government to ensure that Indians residing in this country must be protected as long as they are law abiding.
The Sierra Leone Police deserves a pat on the back for issuing out a Press Release making it categorically clear that anyone who is caught attacking Indians in this country has committed an offence and will be dealt with under the ambit of the law. It must be emphasized that the word ,attack, must not only be limited to the physical but should be extended to verbal insults emanating from venting anger related to the 20 Guard Street incident. The Police should ensure that this warning is repeatedly and widely circulated even though ignorance of the law is no excuse.
It must be noted that the Indian community in Sierra Leone has lived in this country for a long period of time and they have invested a lot with the country benefitting from their investment. They have helped in the areas of job creation and giving out humanitarian gestures.
Indeed Indians residing in Sierra Leone deserve peace and not hatred.