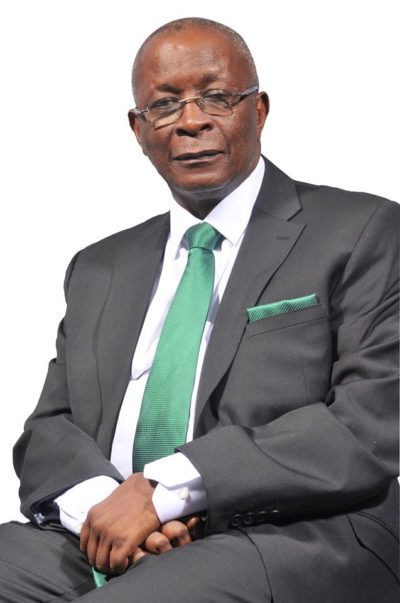 Last week one could be forgiven for thinking there was only one girl’s school in the country-Annie Walsh! The old girls totally dominated discussions in the media, especially social media where they would tout the virtues of their “great school” and post pictures of themselves and their classmates. Such pictures were indeed flattering and would show innocent, young, slim (“straight cut”) students in their pristine, beautiful and legendary green uniform. One remarked- “There is only one girls’ school in Sierra Leone. The rest are correctional centers!”- but she could be forgiven for saying that. How could that St. Joseph’s old girl refer to them as “Abacha Women’s Marketing Society (AWMS)”?Ignorance! Just like a driver I had who asked me why that school is called “Hand watch”. “Jealous detractors”, mainly St. Joseph Convent Old girls, would treat them with irreverence and claim they were the ‘Real McCoy” as far as schools were concerned.

I read with interest a posting from an old girl who described the punishments meted out to them during schooldays-wearing a red head tie, walking round the garden and “the worst one”-wearing white to school! She remarked-“White was the ultimate disgrace. E lek how person kin make tough they were embarrassed to wear white”. One detractor remarked-Lucky you! Whilst we were being “backed” and caned, you “chuens” girls were walking round the garden? School days!

The jury is still out on which is the better school-Annie Walsh or St. Joseph’s, and you will be a brave man indeed to attempt to “cut case”. But let me, at the expense of incurring the wrath of the losing side, “cut case”. I am firmly in Annie Walsh’s corner. No school, south of the Sahara beats my Annie Walsh, let alone one near the noisy stadium. My mother and one of my sisters went to Annie Walsh. My mum will be proud of me from the other side of the veil if she knows I am firmly in her corner. The Annie Walsh Memorial Schoolwas so much in her DNA that she kept a life-long mentorship relationship with Miss Pole, her former principal (1930-1954). And that was why my younger sister also got frog marched to the great Annie Walsh. Though my mother was also a Harford Old Girl (HOG)-yes, she was a HOG (but not in a piggish way!), she was fonder of AWMS.

But seriously, one hundred and seventy years and still going strong? Let us allow the old girls to wallow in their gaiety and reminisce on how this school made them what they are today. Theytook over St. George’s Cathedral for their service, took over the Streets of Freetown and celebrated all over the world. Didn’t they look wonderful in their white dress, straw hats and stockings? Congratulations to my school!

Let us remember those great and famous women who laid this sound foundation, enabling many young girls to turn out to be good citizens who have contributed so much to this country’s development.Established in 1849 originally in Charlotte, AWMS isthe oldest girls school in Sub-Saharan Africa. Annie Walsh Memorial School was named after an English girl whose dream was to become a missionary to Africa. Unfortunately, Annie Walsh died in a tragic accident at the age of 20. Her parents provided substantial funding for the school when it was started, which ultimately became the Annie Walsh Memorial School. At its inception in Charlotte, the first Principal Julian Sass was sent out to establish an institution for young women and girls. The school was later renamed AWMS. So many other Principals followed the trail blazing Julia Sass (1849-1869) including my mum’s mentor Miss Pole.The school’s houses-Dunkley, Sass,Pole, Caspari,Hamblet and Basset are aptly named after the first sixPrincipals.The Church Missionary Society (CMS) played a yeoman’s role in the development and growth of this school which the Anglican Church has upheld. At 170 years let us also not forget about the role played by Sierra Leonean Principals- Mrs. Lati Hyde Forster , Mrs. Europa Wilson-Agwu, Madame Gracie Williams, Mrs A. C. Roberts and others in shaping the future of the young girls who attended this school.

I will not even attempt to list down the famous Old girls that attended this school because there are so many. If I however do not mention Nemata Majeks Walker’s (nee Mahdi) name, I will be in trouble! She came from Mathora to Annie Walsh to have her “rough edges chiselled” and she in turn chiselled other “rough edges” as a teacher. They are into all works of life in Sierra Leone and abroad, impacting lives and transforming society. Annie Walsh girls also did help set up other educational institutions. Hannah Benka-Coker, educator, was founder of Freetown Secondary School for Girls (FSSG) in 1926. Marie Osora, the English born wife of a Sierra Leonean Anglican clergyman, co-founder of this school was alsoan old girl. FSSG nor get mind fiyai una!

The Annie Walsh Old girls love their school and the Alumnae Association is strong. When the Old girls confronted the government a few years ago over plans to build a market at the School site ( Iwrote an article on this-“The Annie Walsh Market”), the government backed down with its tail between its legs. AWOGA was very vocal. One member wrote-“This is a national disgrace. Demolishing a historical school to create a place for selling peppeh, yabas, maggi en ogiri? Another had a comparison with the Taliban- “This sounds like how the Taliban went in and tore down their historical mountains in Afghanistan — or more recently the destruction of historical buildings in Mali by the Islamists. “Wow! Don’t mess with Annie Walsh girls!

Apart from advocacy on behalf of the school, AWOGA, with branches all over the world has done a lot to preserve the rich heritage of the school or at least stop the downward slide, like other schools in the education sector. The principal objective of an alumni association is to form a bond of union between Old students and the school to promote the maintenance of their interest in the School and their willingness to assist in its welfare, and to promote the ideals for which the school was founded.AWOGA has attempted to keep to this objective.Alumni Associations have helped meet the critical challenges in our secondary schools which include limited infrastructure, limited learning and teaching materials, low morale and productivity of teachers, limited technical facilities amongst others. They are building classrooms, instituting revolving salary funds for teachers, giving incentives for high performing students and teachers, supplying equipment, equipping school labs and libraries-nearly the whole works. Some have representatives on Boards of Governors.

Governments and individuals know better than not to mess around with successful alumni associations of long-established schools-the cases of the misappropriation of the Grammar school land and the “Annie Walsh market” saga are all too fresh in our consciousness. Government should perhaps cherish the role of these alumni associations a lot more and formalise the Ministry’s relationships with alumni associations.

Before I end and before I get accused of bias by the St. Joseph’s girls, let me tell you about a good St. Joseph’s story- “befoe una cham me!”. I was at a Zonta Club function at the beach a month ago and sat with my wife and Aunt, Mrs Regina Coomber, who incidentally had beena teacher at St, Joseph’s Convent. Justice Bintu Alhadi approached our table and asked me in a hushed tone-“Is that Mrs Coomber?”. I answered in the affirmative. She went up to her, introduced herself as her old student at Convent and an animated conversation ensued. They talked about the good old days and complemented each other-good student and good teacher! It was during the Q&A session-you know, the judge and the teacher, that I learnt Justice Glenna Thompson, Justice Mitta Samba, Justice Amy Wright, Attorney General Priscilla Schwartz, NEC Commissioner Miatta French, Mayor Yvonne Aki Sawyer,were all her students at St. Joseph’s where she thought between 1975 and 1982. She said they were all bright and well behaved (well behaved?-um). The pride on her beaming face to learn her students were at the pinnacle of the judiciary and public service in Sierra Leone said it all. I could imagine her saying-“Lord now lettest thy servant depart in peace”-not yet, Aunty Regina. St. Joseph’s did her proud.Oh, the satisfaction of being a teacher in those days! Move over for now Annie Walsh! I am also proud of Convent!

Welcome back Annie Walsh!At 170 years let us praise those great and famous women who were the great pioneers of this school. Not also forgetting those old students of yesteryears who may have gone to the great beyond but left an indelible mark in the history of Annie Walsh. And even the younger Old students who are in various works of life in Sierra Leone and abroad who still continue to give their unstinted support to this great school. Congratulations to two chief Annie Walsh social media “vuvuzelas”-Asma Kamara James and Precious Annabel Lebby. And even those who “keked” and did not attend any of the ceremonies but are still proud of their school. They probably “keked” when they were at school as well. I can only remind them of the last two versesof the W.G Tarrant hymn “Now praise we great and famous men”:

Praise we the glorious names we know,
And they whose names have perished,
Lost, in the haze of long ago,
In silent love be cherished.

In peace their sacred ashes rest,
Fulfilled their day’s endeavor;
They blessed the earth, and they are blessed
Of God and man forever.

Many past and present students still keep to the ideals of the school as espoused in their school song:

“We want to build on a firm foundation
On the Rock of Integrity.
We want to set a good example
………….For Christ the great Architect made the Plan
We follow in Annie Walsh School!”