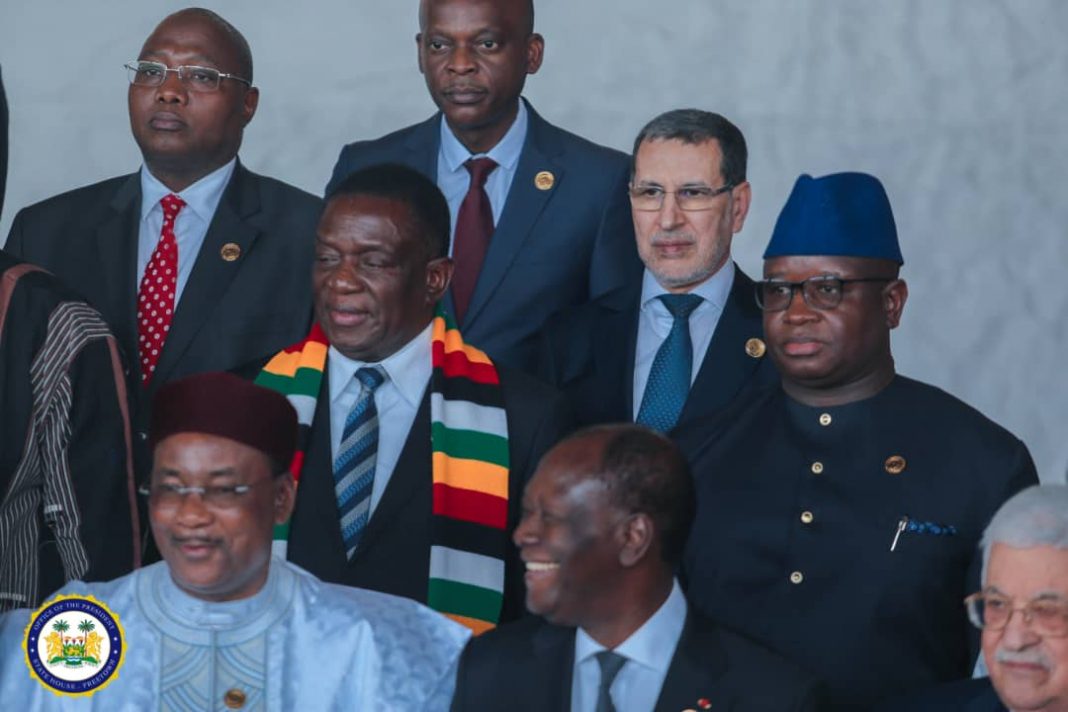 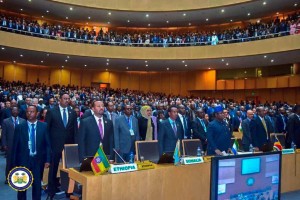 His Excellency President Julius Maada Bio has presented the 20th Report of the Committee of Ten Heads of State and Government (C-10) at the Plenary of the 32nd Ordinary Session of the Assembly of Heads of State and Government of the African Union (AU). He highlighted series of actions being taken by the Committee since the AU meeting in Nouakchott last year.

During the presentation, the President also stated that the content of the report represents an extensive outreach by the committee members to Interest Groups and individual Member States to support Africa’s demands for the reform of the Security Council.

As the Chair of C-10, President Bio also used the opportunity to inform his colleagues about the Ministerial Meeting of Foreign Ministers of C-10 countries organised in Freetown in December last year.

He stated that: “In this regard, I am pleased to report that the Foreign Ministers of the Committee met in Freetown Sierra Leone, from 14 to 15 December last year to develop (a) a roadmap for advancing the Common African Position, (b) an Aide Memoire for engagement with the Permanent Members of the United Nations Security Council – P-5, and, (c) a strategy to engage with other Interest Groups and regional groupings.”

President Bio also warned that: “The recognition and legitimacy of the African demand to take its rightful place in global governance is achievable only if we continue to work together in articulating our aspirations and goals as a continent. We must continue to resist the temptation and efforts by other Member States and Interest Groups to divide and distract Africa from its Common Position. African countries must collectively continue to defend, promote, and advocate the Common African Position.”

Earlier, President Bio also held a separate meeting with members of the C-10 wherein he advised committee members to focus on ensuring that Africa is properly represented at the United Nations and not to be distracted by the question of which particular country would represent Africa in the Security Council and for the non-permanent seats. The Coordinator of C-10 was responding to concerns from members of the Committee on what should be the mode of the distribution of seats among the African countries once the request of the C-10 had been granted through the United Nations Reform process.