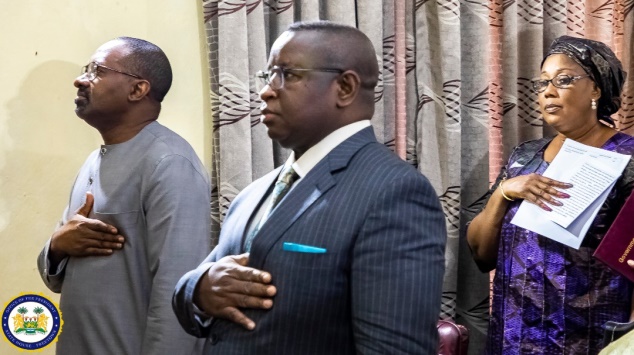 Speaking to Christian Leaders and clergymen at the “National Prayer for God’s Help for the Preservation, Peace, Development and Prosperity of Sierra Leone” event at State House, the President said that they were meeting to pray because Sierra Leone is a nation that believes in God, adding that only God would deliver the nation from what is happening around the world.

He said that the nation has not registered a case of Coronavirus but that the event was an opportunity to thank God for spearing the small-West African nation while praying for His continued guidance over the nation.

He noted that his Government had put certain measures in place as a way of fighting the virus in the event it emerges. He also said that awareness-raising is very important to fighting the virus and therefore called on the clergymen to help spread messages about the virus to their followers.

Bishop Akintayo Sam-Jolly, one of the clergymen at the event, said that they were meeting to seek God’s face against a virus which had crippled bigger and wealthier nations. He thanked the President for being humble to God, saying that such is the way great leaders and kings behave. 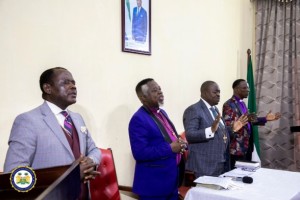 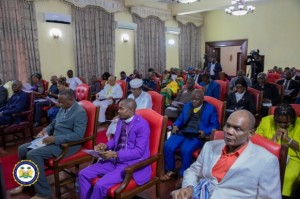