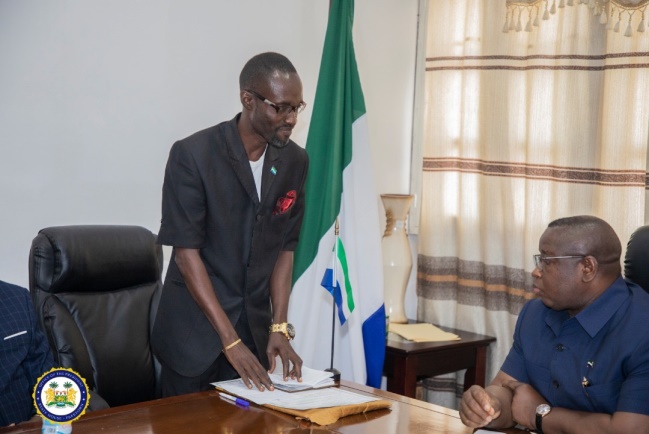 At State House on Wednesday 11 March 2020 the Executive Members of the All Political Parties Association, APPA, recently elected,  paid a courtesy call on His Excellency President Dr Julius Maada Bio to present a joint communiqué signed by twelve registered political parties to maintain peace and stability in Sierra Leone.

Outgone Chairperson, Madam Augusta James-Teima, said that they were delighted to have had their first meeting with the President, saying that as an Association they were putting hands together to support any Government in power for the good of the nation. She added that they were proud to support the National Civil Registration exercise, saying that that was a positive thing that would bring development to the country.

The new Chairman, Prince Coker, said that even though they had people with different political ideologies, they were ready to collaborate with Government in the interest of the country. He said that as part of their efforts to support the development process, they had signed the communiqué to maintain peace and stability in the nation. He also thanked the Government for its support to the Association.

In his response, President Bio congratulated the newly elected members and recalled that he created the platform for the creation of the Association in 1995, noting that he was appreciative of the fact that they had been able to keep the Association together. He also stated that development was a collective effort and added that he was pleased that the Association is helping the nation by creating the environment for peace.