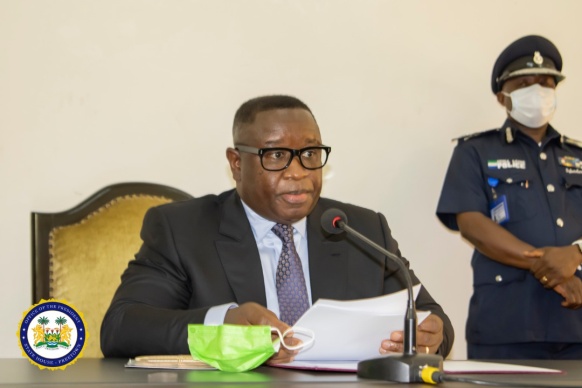 President Julius Maada Bio has on the 1st April, 2022 launched a $60 million Quality Essential Health Services and Systems Support Project from a grant by the World Bank to support Sierra Leone to actualize universal healthcare objectives.

Dr Austin Demby, Minister of Health and Sanitation, commended the President for his bold move to make Human Capital Development the principal foundation for the country’s national development, adding that that would strongly support the vision of investing in education, health, agriculture and infrastructure.

“His Excellency, since you appointed me Minister of Health and Sanitation a year ago, I have worked tirelessly with the incredible team at the Ministry…and our Development Partners, including the World Bank to not only make significant gains in the health indicators but doing so with a renewed focus on ‘patient/clients-centred care’.

“…we want to see significant changes that would bend the curve in our glide path to the end of the SDGs in 2030, barely eight years from now. Minor cosmetic changes are not going to help us achieve the desired goals. Bold actions now to reduce maternal mortality from 717 per 100,000 to less than 300 per 100,000 in the next two years are the kinds of illustrative examples we are aiming for.

Dr Demby said that the action of the World Bank, the Government of Sierra Leone’s investments and development partners like Partners In Health, would set a path to realizing the nation’s collective vision for the health sector.

World Bank Country Manager, Dr Abdu Muwonge, congratulated the Government and people of Sierra Leone for attaining such a remarkable achievement of securing the huge grant from the Bank for a single project, adding that it was a pleasure and privilege for him to see such a huge gain being made by President Julius Maada Bio and his Government.

“Your Excellency, on behalf of the Bank and my colleagues, we would like to reassure you and your Government of our support to the health sector. This is in line with the national development plan, where we know under your leadership strong commitment has been put towards achieving Human Capital Development of the country. Thank you very much,” he concluded.

In his statement, President Dr Julius Maada Bio said the grant would be used to finance a hub-and-spoke services delivery model that allows for the identification of hubs in each district cluster and then distribute and improve quality essential health services at each of those satellite stations.

“We intend to achieve a number of goals with this project. First, we want to ensure that skilled health personnel are available in target districts. Secondly, pregnant women should attend ante-natal clinic at least four times and all deliveries are attended by skilled health personnel. Next, we want to ensure that children are fully immunized. Finally, all mothers and children should receive basic nutrition services in health facilities,” he said. 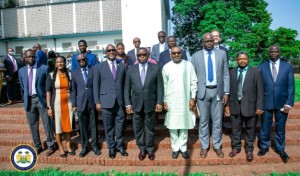