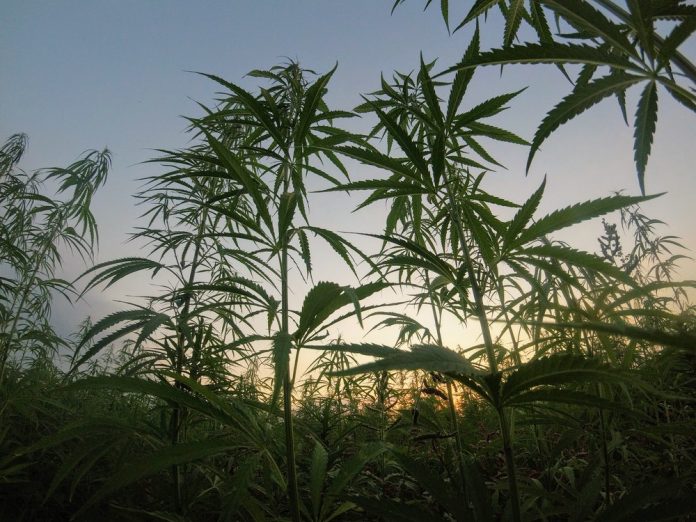 Since the debate started in Sierra Leone as to whether or not the government should legalize the drug at least for medicinal purposes as is happening in other countries around the world, pressure is being mounted on the President Bio-led government to by pro-medicinal marijuana groups and other parties to legalize the drug in the country at least for medicinal purposes.
Pro-medicinal marijuana supporters argue that Sierra Leone stands to financially gain immensely if only it takes the bold step to legalize medicinal marijuana which is largely needed in different parts of the world as it has been medically proven that it is efficacious in the treatment of certain ailments.
It is not just a mere conjecture, but empirical evidence speaks volumes of how medicinal marijuana has boosted the economies of countries where it has been legalized not for recreational purposes but for cultivation and exportation for medicinal use through which huge financial dividends are derived.
Cannabidiol is a popular natural remedy used for many common ailments.

Better known as CBD, it is one of the 104 chemical compounds known as cannabinoids found in the cannabis or marijuana plant, Cannabis sativa (1).

Tetrahydrocannabinol (THC) is the main psychoactive cannabinoid found in cannabis, and causes the sensation of getting “high” that’s often associated with marijuana. However, unlike THC, CBD is not psychoactive.

This quality makes CBD an appealing option for those who are looking for relief from pain and other symptoms without the mind-altering effects of marijuana or certain pharmaceutical drugs.

CBD oil is made by extracting CBD from the cannabis plant, then diluting it with a carrier oil like coconut or hemp seed oil.

Its gaining momentum in the health and wellness world, with some scientific studies confirming it may help treat a variety of ailments like chronic pain and anxiety.
Indeed it is understandable that there are myths associated with marijuana bordering on negative perceptions. Some have claimed that it leads users to commit evil deeds without hesitation. Certain religious sects say the herb was cursed by the Almighty Creator and anybody who uses it is an outright sinner.
However, research has proven beyond all reasonable doubts that the marijuana herb is potently very good and relevant when used for the right purpose and not abused. “If countries could allow cigarettes, which are so harmful to the health, to be sold then why not legalize medicinal marijuana which would earn the Government huge sums of money,” Peter Koroma, a Social Commentator pointed out adding that this country, unlike some others, has the arable land for its cultivation.
Countries all over the world are being asked to raise domestic resources, reform policies and find ways to fund their Sustainable Development Goals (SGDs).
St. Vincent and the Grenadines has chosen a rather unorthodox approach to help it fulfill its SDG obligations by legalizing medicinal marijuana and working to make it an export crop.
“Everyone is not developing at the same pace. Everyone doesn’t have the same needs, and the mix of financing for development can’t be imposed from above in a one-size-fits-all manner. We have to tailor it to everyone’s specificities,” said Camillo Gonsalves, St. Vincent and the Grenadines’ Minister of Finance, Economic Planning, Sustainable Development, and Information Technology.
Like St. Vincent and the Grenadines, Sierra Leone in West Africa is also struggling to meet its SDGs and could consider taking the same steps by moving its Parliament to enact a law which would ensure that much is realized from the legal export and use for medicinal purposes of marijuana.
Like St. Vincent and the Grenadines, Sierra Leone too could consider setting up a Zero Hunger Trust Fund that is funded by a tax on mobile telephone calls and data usage. The fund supports school lunches, school books, vision tests for children, food support for vulnerable elderly people, job training, and job placement programs. The Government also can set up a national contingencies fund, supported by an extra 1% tax on consumption, which will serve as a response mechanism to natural disasters. If unneeded for several years, the fund could be spent on resilience building.
But now, if we are to look up to marijuana — a crop that has long been cultivated illegally in many parts around the world, it could help solve some of the SDG problems this country and others like it are suffering.
After reviewing public opinion and treaty obligations, St. Vincent and the Grenadines decided to legalize marijuana for medicinal use. Given the small population, the Government knew there wouldn’t be much of a domestic market, so it focused on exporting the crop.
Over the past year, the Government has created an administrative framework that governs the licensing, regulation and cultivation of cannabis and is currently selecting entities that will receive licenses to grow the crop. The country has put a cap on the amount of land that can be under cultivation for medical cannabis and will require all licensee companies to contribute annually to the national Zero Hunger Trust Fund.
“The theory is if you’re planting something that’s not food, you’re going to make a contribution to the food security of St. Vincent and the Grenadines, so there is a specific set aside again to the goal two target of the Sustainable Development Goals,” Gonsalves said, adding that Sierra Leone too can follow these steps and save itself a lot of misery.
From the aforementioned many are now calling on the Maada Bio led Government to fast track the legalization of medicinal marijuana because it will avail us the much needed revenue required to implement or roll out various development projects and catapult the country within the shortest time.