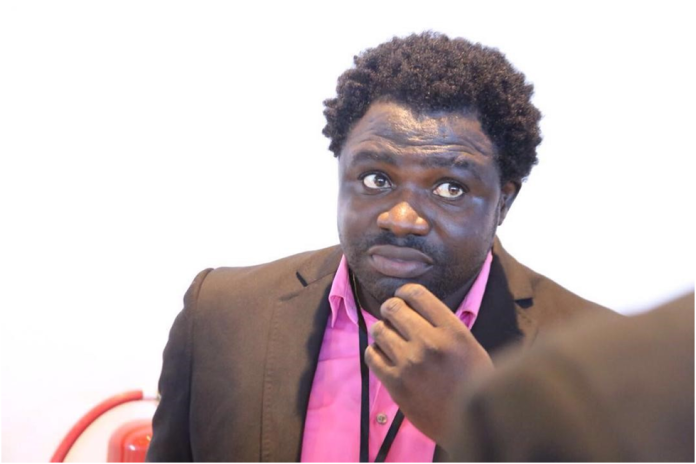 Whilst the main opposition party is plagued with challenges that have hindered its election of a Flagbearer and national Executive coupled with the many Court matters that are on-going and the failure of the ruling SLPP to alleviate the sufferings of the people, many citizens say that the constitutional amendment which one of Sierra Leone’s finest and professional Economists in the person of, Prince Jacob Macauley, had been advocating and pushing for in terms of  a constitutional amendment that would make room for an Independent Candidate to contest in the forthcoming 2023 Presidential Election is still relevant and will be pursued to its logical conclusion.

According to a seasoned political commentator, there could be a likelihood for a constitutional provision to be made and once that is done it will pave the way for the like of Prince Jacob Macauley to be elected as the first Independent President of Sierra Leone.

It must be noted that since he decided to leave behind his lucrative job in the UK, loved ones and friends to return and serve his country, Prince Jacob Macauley has done so unflinchingly in various capacities including proffering free of cost sound economic advices if only they would have been honestly factored by certain public figures could have positively impacted the country’s economy. His popular Scorecard which he introduced to measure Ministerial performances was borne out of an initiative to motivate the country’s Ministers to do their best in the good interest of the country.

It could be also recalled that after the appointment of Professor Kelfala Kallon as the Governor of the Bank of Sierra Leone, Prince Jacob Macauley, started seriously questioning some of his policies expressing reservations that they could be counter-productive to the country’s economy.

Worthy of note is that Prince Macauley had intimated that the redenomination of the country’s currency will be dead on arrival, and true to his words, after all the efforts made at ensuring that the new Leone enhances the desired result of revamping the economy, it resulted in crippling the economy.

Moves to restrict the withdrawal of cash from the commercial banks proved counter-productive and plunged the country into more economic hardship.

Macauley also advised against the auction of the dollar, but his advices fell on deaf ears, and today, the exchange rate of the dollar has skyrocketed, causing the prices of basic commodities to rise exponentially.

After all the hardship that citizens are facing that has brought the country’s economy to its knees, many people see in Prince Macauley the potential to transform the country and create better job opportunities for the youths.

It is on record that Macauley had stated that it is high time  young people take up the challenge of transforming the country, and can only do so after the old folks with their old ideas give way.

Macauley believes that as a young man, he is au fait with the problems of the youth and can proffer solutions that will address youth unemployment and woo investments in the country.

Having worked in reputable organizations like the FAO and other UN related agencies, with close allies in the financial sector across the globe, notably in the World Bank, Macauley believes that he could tap on such contacts for the betterment of the nation.

With respect to the APC, many Sierra Leoneans are worried that the party may not be able to provide a strong force to take on the Bio-led Government that has become most unpopular, due to its handling of the economic situation in the country.

Sierra Leoneans are tired of the two main political parties that have ruled this country since independence, and believe that it is now time to try a third force. The two main parties have virtually turned the country’s highest seat into a musical chair, where they sit on the throne by turn; and over all these years, there has been nothing tangible to show for their stewardship.

Prince Jacob Macauley said that at a time like this citizens should not be advocating for water, good roads, electricity, food etc, rather they should be yearning for technological improvement that will catapult the country into the limelight of economic prosperity and development.

Macauley lamented that up to date, citizens are still struggling for electricity and water. He maintained that with the cooperation of the youth in transforming their lives, the country can embark on development projects that can transform the economy and usher in an era of growth.

He stressed that he will be providing the relevant prudent economic policies that will bring about a turnaround of the economy and see a complete change in the lives of people.

Many citizens say that instead of voting for a President under the ticket of the SLPP to continue the current economic hardship, they will vote for a new person, especially if the crisis in the APC continues. Young people need to decide what happens with their lives, and Prince Macauley is prepared to provide the enabling environment.