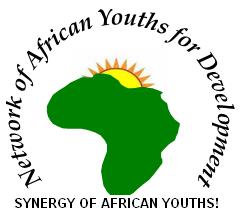 On 16th November 2019 the Platform for Advocacy, Research and Capacity Building for NGOs in Africa (PRONG) was officially launched in Sierra Leone at the National Youth Commission Conference Room at Brookfields, Freetown. Founded in 2013, during the assessment of Millenium Global Goals, PRONG actively contributed in the process of transforming the new development agenda, strenghtening the actions of advocacy on poverty, inequality and climate change.

Mr. Paul Lengar, Country Representative of Platform for Advocacy, Research and Capacity Building for NGO’s in Africa  said in 2015, PRONG collaborated with the Copenhague Consensus Center  to organize a youth national forum for the assessment of the Sustainable Development Goals, accelerating partnerships with the government of Guinea and other Technical and Financial Partners.

Since 2015, PRONG had been getting more leadership roles in Guinea, sharing its experiences and contributing to the developement of Guinea and African countries through  development Projects and making consultation for enhaning the different policies and programs on poverty réduction, inequality and Climate Change in Western Africa. PRONG aims to impact all the countries in Africa by 2030.

During the launching ceremony, over 40 youth leaders and representatives from both government and international non-governmental organisations were present. Representatives were from UNPOS, Office of the National Security, Pikin Bizness and WASH-Net Sierra Leone, were also represented. Statements on various environmental hazards ranging from water ressource management, illegal sand mining, waste management, Eco Housing, and Climate risk and emergancy response were presented by various speakers at the event.

Dr. Adonis Abboud, Founder and CEO Pikin Bizness, during the event dilated on the nagative impact of illegal sand mining in Sierra Leone. stunning past, for an uncoordinated and selfish present and at the expense of the future. He

Mr. John  Rogers Director of the ONS Disaster Management Department in his presentation gave the risk and climate impact on Sierra Leone since 2014, pointing out the core elements that constitute governments’ effort in addressing disaster preparedness, mitigation response and recovery through the adoption of best practices and methodologies with the objective of ensuring human security.

He further stated that all these challenges are due to human interaction with the environment which is based on unplanned urbanization around the country, poor solid waste management practices, blocked drainage facilities, deforestation, land reclamation along the coastal strip, stone mining in catchment areas, sand mining along the sea front and poor enforcement of policies and that these can only be address by the intervention of youth groups, communities and individuals. He commended Mr. Paul Lengar ,Country Representative of PRONG Sierra Leone  for their work in developing tools and providing capacity building for youths and other institutions on the use of Geographic Information Systems (GIS) and remote sensing as an innovative approach for providing smart solution in the fight against climate change in Sierra Leone.