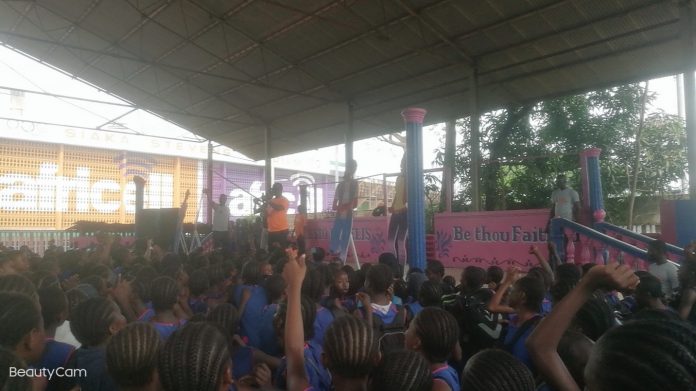 In his address, the Mass Marketing and Bundle Executive Project Leader –Student Pack, Orange SL, Sheik Omaru Jalloh disclosed that the promotion is specifically meant for school going children and those attending tertiary institutions, furthering that as an institution they carried out a perception survey which was conducted in January 2019 in order to identify the problems associated with students trying to access the internet.

He further disclosed how they thought it fit to officially unveil the students’ pack offer so that students all across the country could benefit from it.

He stated that they as an institution deemed it appropriate to provide a service which entails sensitizing the students on important issues and broadening their horizons.

In addition he furthered how pupils and students in both schools and tertiary institutions will have the opportunity to enjoy cheaper data bundles at affordable prices for internet browsing.

“You as pupils who have first benefitted must extend the information that you have benefited from Orange to other pupils and students in schools, colleges and inform them that Orange SL will take the campaign to all the schools and universities and provide a student service class in which we will cater for the exact number of students to utilize the offer,” he stated.